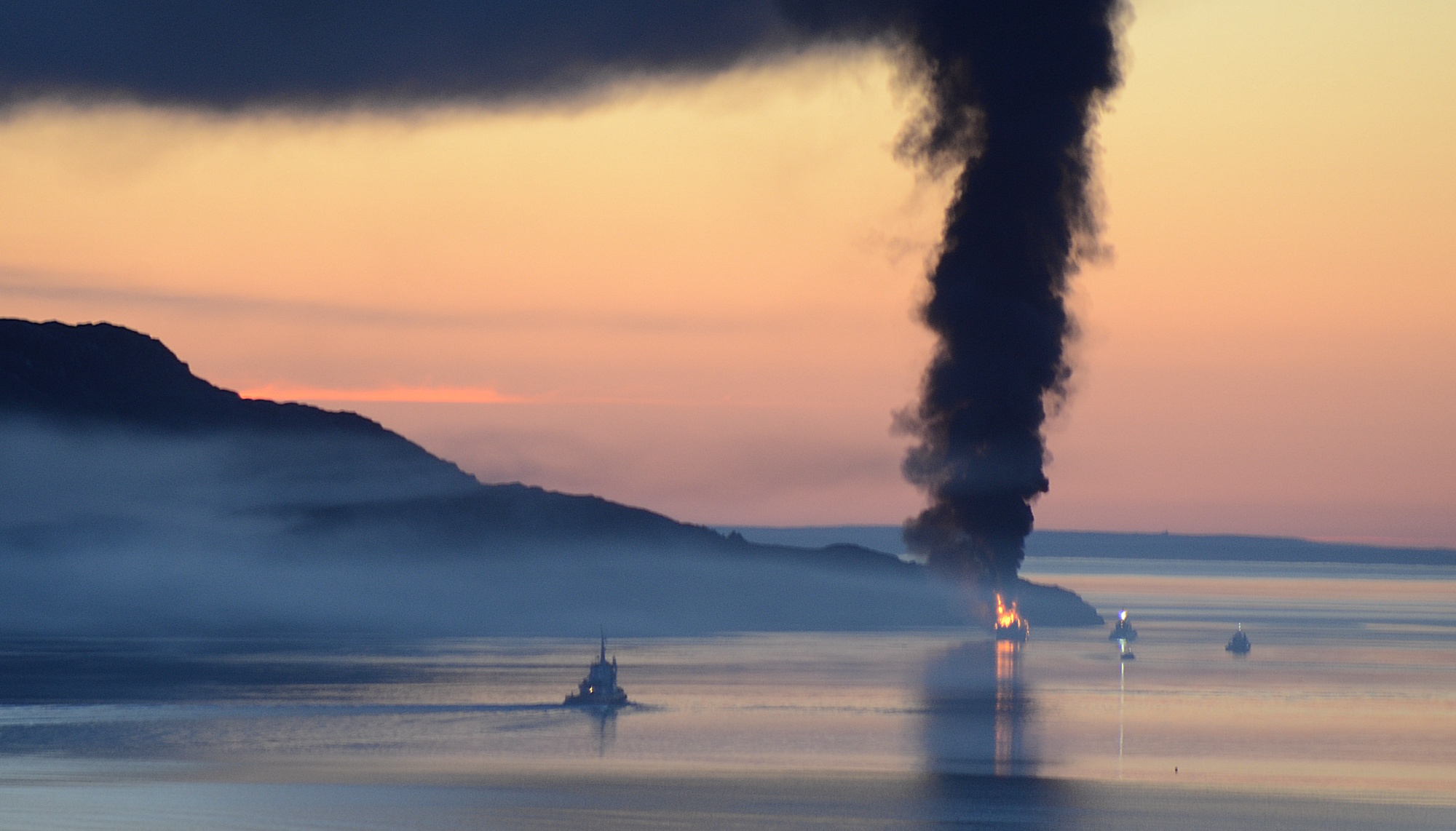 Locals have been ordered to close all windows as firefighters lost control of the blaze on Sunday evening aboard the 49-meter-long fishing boat. The vessel was eventually towed out to sea and to a shallow bay where the vessel continued to burn through the night.

Bursts of black smoke rose into the sky as the burning ship passed through the waters of Bøkfjorden.

the Tamango belongs to the Antey group based in Vladivostok. The vessel had engaged in crabbing in the Barents Sea and docked at Kirkenes at the end of June.

None of the crew were reportedly injured in the blaze.

According to Review of Sør-Varanger, there are 47 tonnes of fuel on board. The firefighters do not rule out that the ship may eventually sink.

A major explosion early Monday morning rocked the burning vessel and forced emergency personnel to withdraw from the site.

According to Interfax, the Tamango was hired by the Antey-Sever subsidiary on a so-called bareboat charter, which means that the crew and provisions are all provided by the charter organization.

The Antey Group is one of the largest crab and seafood producers in Russia. It is based in the Russian Far East, while its subsidiary Antey-Sever is located in Murmansk.