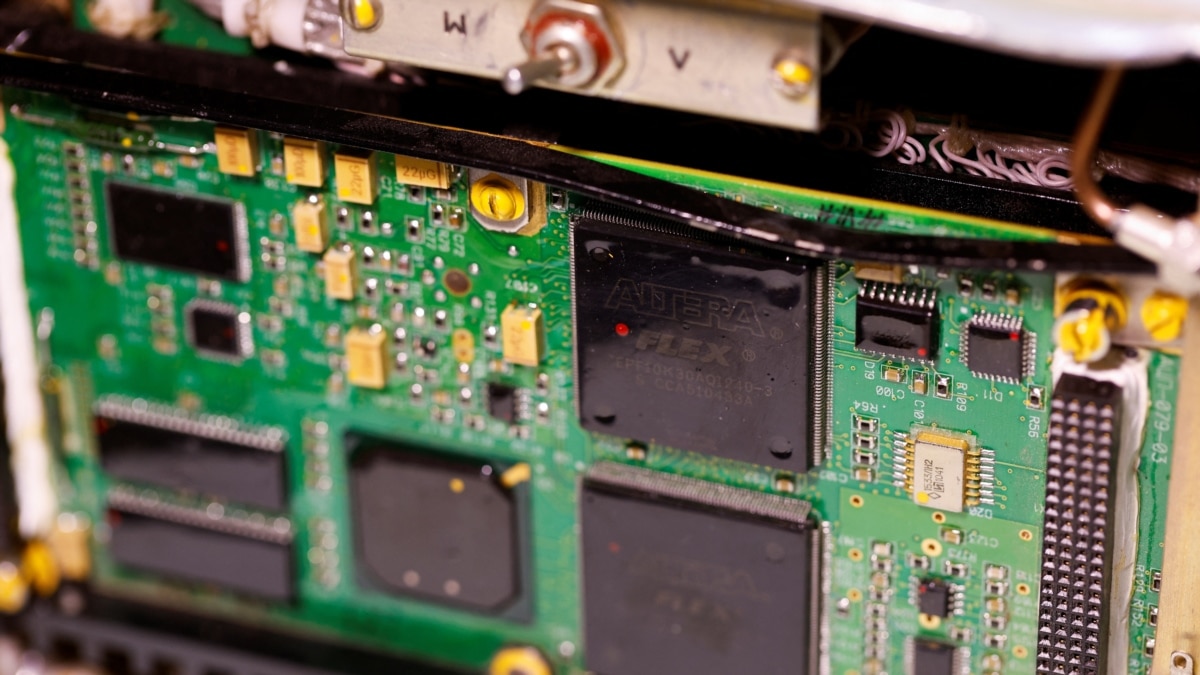 Microelectronics produced in the United States and allied countries are a crucial part of Russian weapons systems used in the invasion of Ukraine, according to a report by Britain’s Royal United Services Institute.

The RUSI report, Silicon Lifeline: Western electronics at the heart of the Russian war machine, claims that more than 450 foreign-made components have been found in Russian weapons recovered in Ukraine. The report’s authors say Moscow acquired key technologies from companies in the United States, Europe and Asia in the years before the invasion.

Ukraine claims that Russia fired more than 3,650 guided missiles and rockets into its territory in the first five months of the war. Most weapons rely heavily on Western-made microelectronic technologies, according to report co-author Gary Somerville, a researcher at RUSI’s Open-Source Intelligence and Analysis research group.

“It doesn’t look like they actually have the ability to replicate – at least to the same level of sophistication and scale – much of this critical microelectronics. These are the ones that would be absolutely essential, for example for precision-guided munitions that have very sophisticated processing units,” Somerville told VOA.

This includes the Russian Iskander 9M727 cruise missile, one of its most advanced weapons. RUSI researchers recovered missiles from the field inside Ukraine and inspected the microelectronics inside.

They found several components of Western origin, including digital signal processors, flash memory modules and static RAM modules made by American companies such as Texas Instruments, Advanced Micro Devices and Cypress Semiconductor, as well as Ethernet cables from American, Dutch and German companies.

All of the microelectronics companies named in the report said they were in compliance with trade sanctions and had stopped selling components to Russia. There is no suggestion in the report that the companies violated export control laws.

“How can Russia get their hands on this thing? When we’ve actually looked at a lot of these components, they’re pretty prosaic and in many ways ubiquitous, they can be found in any type of electronics really – microwaves, dishwashers,” Somerville said.

This microelectronics was freely available to Russia before its invasion of Ukraine.

However, RUSI has also identified at least 81 components classified as “dual-use” by the US Department of Commerce and subject to US export controls.

They include a high-performance CMOS static RAM microchip originally manufactured by the American company Cypress Semiconductor, found inside a portable navigation system used by Russian special forces to locate their position and estimate the coordinates of the precision artillery and air strikes.

“The component is a high-speed, ultra-low-power148 memory chip that is classified as a dual-use item for export purposes,” according to the RUSI report.

Two-thirds of foreign components found in Russian weapon systems were manufactured by US-based companies. Japan was the second supplier.

Many of the microelectronics found in the weapons were decades old, and following Russia’s invasion of Ukraine in February, many states banned the export of such components to Russia.

“This is through the use of a number of front companies which, at first glance, when you do a due diligence check, appear to be legit – but in reality are in fact, or may be somewhat affiliated with , large Russian corporations that are actually members of the military-industrial complex,” he said.

The report details how Russia also uses fake end-user certificates and transshipment companies based in third countries, including several in Hong Kong, to mask the final destination.

U.S. and allied sanctions on Russian arms makers and the companies that supply them with components must be tightened, Somerville said.

“What sanctions and the effective enforcement of those sanctions can do is increase the costs for Russia to acquire these particular microelectronics,” he said.

The report’s authors say Russia is now scrambling to procure microelectronics in bulk and that its military could be permanently weakened if the supply can be cut.

Some of the information in this report has been provided by Reuters.