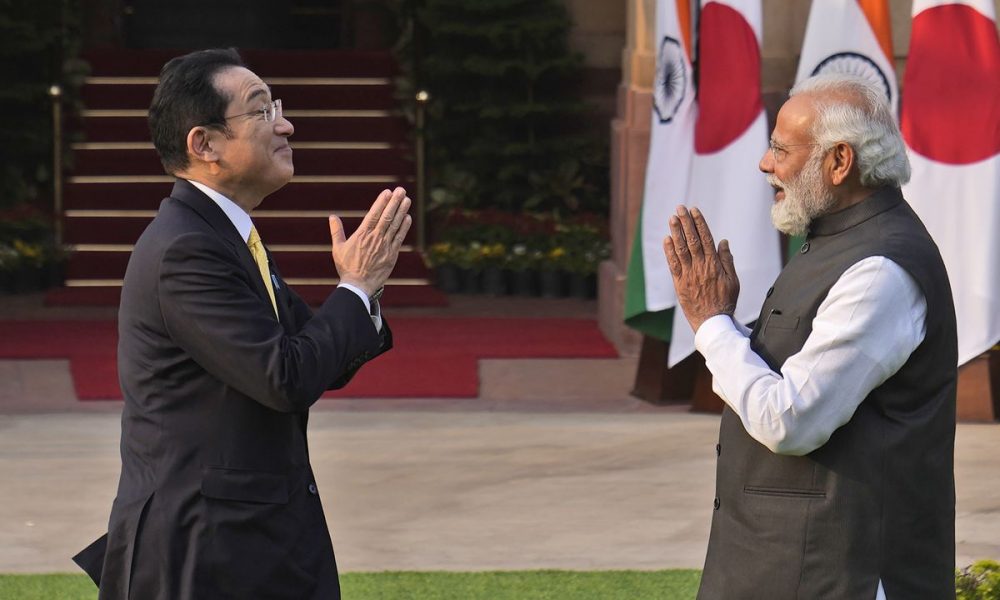 “Japan will be able to regain all the Northern Territories for sure!”

The speaker on the other end of the cell phone line seemed to be laughing happily.

The person in question was a Ukrainian soldier named Oleh, who is currently fighting at the front against the Russian army in southern Ukraine, near the city of Kherson. Last week, I spoke to him by cell phone about the conditions on the ground where he is stationed and the general state of the war.

I first met Oleh when I was in kyiv in February 2014 while covering the Maidan Revolution (“Revolution of Dignity”) which led to the downfall of pro-Russian President Viktor Yanukovych. Soon after, Russia illegally occupied and annexed the Crimean Peninsula in southern Ukraine. At that time, Oleh was helping me with my reporting, and we’ve been friends ever since.

In civilian life, Oleh was an engineer and businessman. I found him very knowledgeable about the Russian and Ukrainian armies. Now he wears his country’s uniform and carries a gun as one of the freedom fighters resisting the invaders.

When Russia launched its unprovoked invasion of Ukraine on February 24, experts from various Western countries and Japan almost universally predicted that Ukraine’s defeat at the hands of the extremely powerful Russian military forces was only a matter of time.

Nevertheless, even then, Oleh analyzed the likely outcome as follows: “Russia will cause huge casualties but cannot win in the end. And now, lo and behold, that seems to be exactly what is happening.

In fact, Ukraine has even begun to counterattack the Russian military in the east, where pro-Russian separatists control a large swath of territory. Now there is talk of a major counter-offensive that will soon begin in the south as well, aimed at retaking the territory seized by Russia.

Even so, seeing how our Prime Minister and other Japanese government officials were barred from even entering Russia, I was stunned when Oleh said Japan would get the Northern Territories back. But he was absolutely serious.

His reasoning was as follows: an economically and militarily “powerful” Russia would not be willing to make concessions on returning territory to Japan. However, once Russia loses the current war, its domestic political scene and economy will be turned upside down and its position will be significantly weakened. This will be the perfect opportunity for Japan to reclaim the Northern Territories.

It all makes sense. And I would say that Oleh’s analysis seems fair.

World opinion is sharply divided on the issue of Ukraine. Predictably, authoritarian and totalitarian states, including China, backed Moscow.

With this in mind, it is alarming that India, the largest democracy not only in Asia but in the whole world, has avoided criticizing Russia and has decided not to stand with Western countries, including Japan .

Our news and opinion site in English JAPAN Striker has published many articles about India. Here is the title of one of these recent articles:

[Asia’s Next Page] A common synergy is missing: the India-Japan division on Ukraine

This article was written by Dr. Jagannath Panda, Director of the Stockholm Center for South Asian and Indo-Pacific Affairs at the Institute for Security and Development Policy in Stockholm, Sweden.

In April, the Indian government refused to allow a Self-Defense Forces plane carrying humanitarian aid to Ukraine to land in India, and that country also purchased large quantities of Russian oil at discounted prices. Dr Panda pointed out that such actions by India threaten to create a “strategic divide” between New Delhi and its Western partners, including Japan. With India still largely dependent on Russian weaponry, Panda stressed that in the future “delicate maneuvers [by India] will be needed. »

At the end of April, I had the opportunity to speak with Mr. Sanjay Kumar Verma, Ambassador of India to Japan. When I asked him why India had avoided criticizing Russia and refrained from imposing sanctions, Ambassador Verma replied: “Just as Japan decides its policies according to its national interest, the India also takes its decisions in accordance with its national interest”.

However, he did not specify what those national interests were.

Prime Minister Narendra Modi will arrive in Japan next week for talks with Prime Minister Fumio Kishida and to attend the Quad Summit meeting.

Is India refusing to condemn Russia’s actions because it is addicted to Russian weapons and cheap oil? Is India really a friend who shares the same values ​​as Japan? I would love to ask these questions of the Prime Minister.

JAPAN Striker remains committed to informing the world of the directions in which India and an increasingly divided world are heading from Japan’s perspective.

June marks the fifth anniversary of the founding of JAPAN Forward, and we are preparing to launch several new projects. Thank you for continuing to support our efforts. Contact: TEL 0570-033-433 (Sankei ID)

(Read the column in Japanese at this link.)

RELATED: The Challenge of the Sino-Russian Axis in the Post-Ukrainian World Order