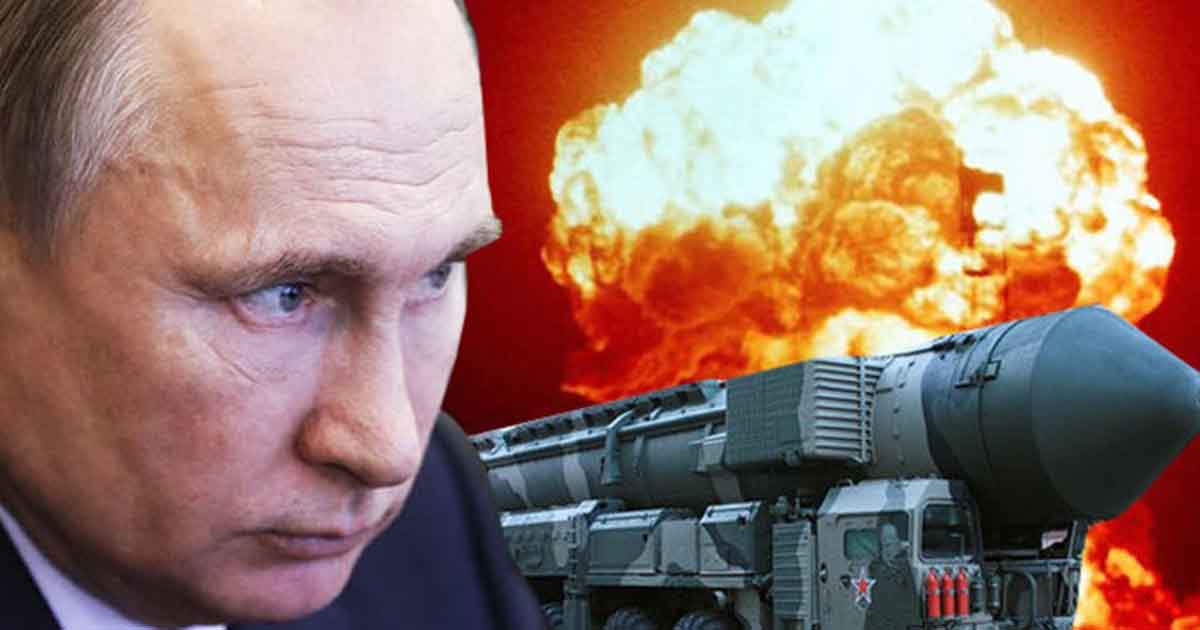 Predicting the future of the war between Ukraine and Russia

The Russo-Ukrainian War is an ongoing conflict between Ukraine and Russia (as well as pro-Russian rebel troops). The Ukrainian Revolution of Dignity in February 2014 was initiated by Russia and initially centered on the status of Crimea and Donbass, both recognized by the international community as part of Ukraine.

Vladimir Putin justified the outbreak of the biggest conflict in Europe since World War II by saying that Russia’s ability to feel “safe, to develop and to exist” was threatened by modern, Western-leaning Ukraine .

Read more: Who will get the weapons Ukraine receives through Lend-Lease?

Since then, 13 million people have been displaced, thousands have died and cities like Mariupol lie in ruins. But the problems still exist: why is this all happening and how will it all end?

Why did Putin unleash chaos in Ukraine?

The Russian leader‘s main goal was to invade Ukraine, overthrow its government and end Ukraine’s aspirations to join NATO, a Western defensive alliance. He gave up on taking control of the Ukrainian capital Kyiv after a month of failures and shifted his attention to the east and south of the country.

He declared his intention to “demilitarize and denazify Ukraine” when he began the invasion on February 24. His stated goal was to defend those he believed had been the targets of the Ukrainian government’s eight years of intimidation and genocide. Ensuring Ukraine’s neutrality was quickly added as a new objective.

Sergei Lavrov, the foreign minister, spoke of freeing Ukraine from despotism, while Sergei Naryshkin, the head of foreign intelligence, claimed that “Russia‘s fate and its future place in the world are at stake” .

Volodymyr Zelensky, the duly elected president of Ukraine, said that “the enemy has designated me as target number one; my family as target number two. The Russian army would have made two attempts to enter the presidential compound, according to his adviser.

The President of Russia has resisted the use of the terms “invasion” or “war”. Moscow continued to call the biggest conflict in Europe since 1945 a “special military operation”.

Allegations of Nazis and genocide in Ukraine are completely baseless, but they are part of a story that Russia has been repeating for years. Dmytro Kuleba, Ukraine’s Foreign Minister, remarked: “It’s nonsense, sometimes even they can’t understand what they are referring to.

Denazification is necessarily also de-Ukrainization, the erasure of the modern state, as an opinion piece in the official Ria Novosti newspaper asserts.

Russian officials are now focused on seizing the two major eastern regions and creating a land corridor along the southern coast, east of Crimea to the Russian border. They claimed control of the southern Kherson region, and a prominent Russian general said they hoped to seize territory further west along the Black Sea coast towards Odessa and beyond.

“Control of southern Ukraine is another way out to Transnistria,” Major General Rustam Minnekayev said, referring to a breakaway area of ​​Moldova, where Russia has some 1,500 troops.

If Russia seizes the two eastern regions, it will most likely attempt to annex them after a sham vote, as it did with Crimea in 2014. Ukraine also accuses occupying forces in Kherson of having planned a referendum on the creation of a separatist entity: they are already introducing Russia’s currency, the ruble, from May 1.

Capturing the Donbass and the land corridor is a mandatory minimum for the Kremlin, warns Tatiana Stanovaya, of the analysis firm RPolitik and the Carnegie Moscow Center: “They will continue. I always hear the same phrase – “we have no choice but to step up”.

At the end of April, President Putin informed the UN Secretary General: “We are discussing, we are not rejecting [talks]“, yet he had already said that the conversations had stalled. Austrian Chancellor Karl Nehammer passed a very pessimistic judgment on a guy who had adopted a “logic of war” following a meeting with the Russian president.

Volodymyr Zelensky, the President of Ukraine, had previously acknowledged that his country would not join NATO, saying: “It is a truth and it must be recognized”. However, he clarified that there would be no further talks until Russia withdrew from all lands it had occupied since February 24. This was in response to reports of apparent Russian atrocities in Bucha, Mariupol and elsewhere.

Russia has tried to stifle the opposition. Any form of protest is prohibited and more than 15,000 people have been arrested. True patriots from filth and traitors can always be singled out by the Russian people, according to President Putin.

The political opposition has either left the country or been imprisoned, as was the case of opposition leader Alexei Navalny, and there has been a major exodus of IT and other professionals.

While retaining partial control of the rest of Ukraine’s Black Sea coast, Russia is strengthening its land bridge to the Kremlin-controlled Crimean peninsula and destroying or blockading the port city of Odessa, rendering the nation landlocked.

Putin continues to bomb Ukraine’s infrastructure and annex southern and eastern regions, further weakening the nation as a fully functioning state. He successfully quells dissent at home and declares a “victory”.

Another scenario could be that Russia is completely driven out of Ukraine with the exception of Crimea, but Kyiv is preparing to retake the peninsula due to an increase in Western arms deliveries to Ukraine, a declining Russian morale at tactical and strategic levels and the inability to replace military equipment to required levels (due to Western sanctions) (which Putin would effectively consider an invasion of Russian territory).

What happens next on the battlefield will determine whether the current largely frozen conflict will ultimately benefit Russia or Ukraine. Various military outcomes are still plausible. With so many variables in play, it is difficult to associate probabilities with potential scenarios.

But in any case, the economic damage will be profound not only for Ukraine, but also for the rest of the world. Instead of waiting for the outcome of the war, policymakers must urgently explore solutions to the global food crisis, the growing potential for debt crises in the developing world, and the threat of recession in the West.

The author is associate researcher and deputy editor-in-chief at GVS. She previously worked with Express-News Islamabad. She can be contacted at [email protected] The opinions expressed in this article are those of the author and do not necessarily reflect the editorial policy of Global Village Space.