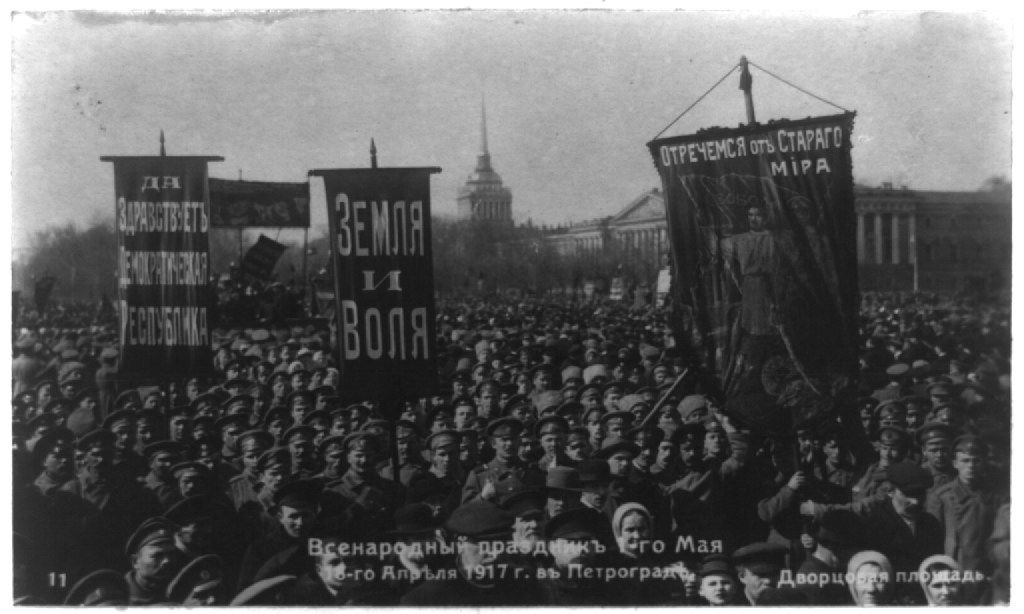 Parallels with today? Take a fresh look at the Russian Revolution

China Mieville, author of October: The Story of the Russian Revolutionrecalls that in 1917, “Russia was shaken not by one but by two insurrections, two confused and liberating upheavals, two reconfigurations”.

Mieville’s book is political history and can prove intimidating even to many serious readers, with its endless succession of Russian names, parties and summonses. Mieville is an outspoken leftist who admits to being partisan, but strives, he says, to be fair and not dogmatic. Most readers will agree that it is.

His loaded point of view is in fact the fascination of this book. Mieville focuses on how party interests and affiliations changed during those crucial months between the spontaneous revolution of February 1917 and the choreographed October uprising that led to the Bolsheviks taking power.

This approach can be daunting, but it proves to be very illuminating about the upheavals in Russia and the political process in general. Moreover, the situation he describes bears a certain uncanny resemblance to our own current political change.

Mieville, best known as a fantasy writer, is a sharp, penetrating storyteller, adept at summing up a personality in a line or two.

Lenin, he says, “is a man easily mythologized, idolized, demonized. To his enemies, he is a cold, mass-killing monster; for his worshippers, a divine genius; to his comrades and friends, a shy and quick lover of children and cats.

Trotsky, he said, “is hard to like but impossible not to admire.”

And, he sadly observes, “every narrative of revolution is haunted by a ghost of the future, that twinkling-eyed, mustachioed monstrosity, Uncle Joe, the butcher, key architect of a grotesque despotic state. and overwhelming – the -ism that bears his name.”

Mieville has its quirks. He loves throwing out words like integument and chiliastic. And despised, inaccurate and coincidental. Describing the passivity and inaction of Nicolas II, he comments: “Nothing seems to move behind those placid eyes of the Tsar”.

For the reader new to this subject, Helen Rappaport’s Caught in the Revolution captures those same months from the perspective of various outsiders in St. Petersburg in 1917, most of them limited to the role of spectators.

Similar to how Eric Larson In the garden of beasts depicts the ongoing Nazi regime through the eyes of Americans in Berlin at the time, Rappaport’s international assembly of Western diplomats and businessmen, wives and families and service personnel, migratory leftists and adventurers, together bring readers to street level, witnessing the endless food lines and the growing bustle and disorder of the capital.

Caught in the Revolution is anchored to the same narrative poles and demographic cast as a good miniseries, and for most readers, it will provide a lively introduction to the events of 1917 – to what it was like to be there. Xe Sands’ rendition of the audiobook in particular conveys the tenor of ordinary people’s daily struggles, often just to find something to eat.

Did the revolution happen in the corridors of politicians, or with the crowds in the streets, or inside millions of hungry kitchens?

For this reader, the most captivating account of the Russian revolutions remains that of 1977 by Harrison Salisbury. Bright night, white snowan amalgamation of testimonials and long-standing first-hand reports New York Times Russian correspondent – who, by the way, is currently playing a cameo role in Amor Towles’ bestseller A gentleman in Moscow. Anyone who reads Salisbury’s book will never forget those terse notes at the bottom of the pages where the key players in the Revolution appear: “Killed by Stalin, 1936”, “Purged by Stalin, 1938”.

Despite a century of dramatic reversals, the legacy of the Russian Revolution still centers on a dynamic, highly controversial and highly paradoxical figure who both defines the Revolution and its defeat. Lenin, for Mieville, is a figure of stature and Shakespearian contradiction, a figure that emerges from this careful examination not exonerated, to be sure, but enhanced with interest and historical dimension.

The History of the Russian Revolution

Caught in the Revolution