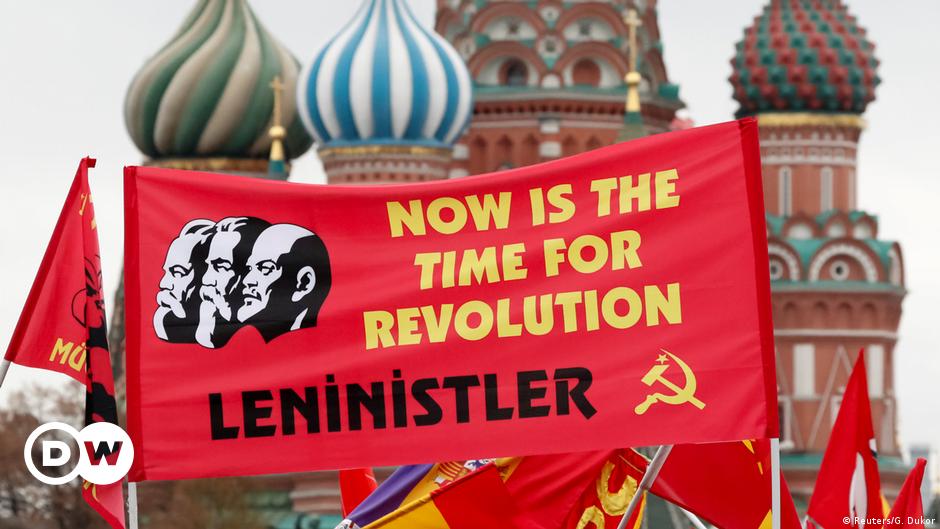 Opinion: The lessons of the Russian revolution for modern Russia | Reviews | DW

November 7, the anniversary of the Great October Socialist Revolution, was once the most important holiday on the Soviet calendar – bigger than May 1 and even May 9, Victory Day. The anniversary brought parades, choirs and fireworks. Yet now, on the occasion of the 100th anniversary, there is no such festive atmosphere. While exhibitions and conferences on the revolution have taken place in a number of countries around the world, the mood in Russia is one of bewilderment and indifference. The idea of ​​staging a reenactment of “The Storming of the Winter Palace” in St. Petersburg, for example, was rejected.

Why the silence on the 100th anniversary of an event celebrated as the founding act of the Soviet Union and a historic turning point for almost a century? And why has Russia celebrated an entirely different anniversary celebration since 2005? Unity Day, November 4, commemorates a popular uprising that expelled Poles from Moscow in 1612, marking the end of the Time of Troubles and the beginning of the rule of the Romanov dynasty.

Karl Schlögel is a German historian and editor specializing in the history of Russian modernism and Stalinism. Before retiring in 2013, he was a professor of Eastern European history at Viadrina European University in Frankfurt/Oder.

Looking back over the years reveals that each era had its own view of the Russian Revolution. In 1927, for the 10th anniversary, the filmmaker Sergei Eisenstein made images of the capture of the Winter Palace that had little to do with the realities of history. Leon Trotsky, one of the heroes of the revolution, was already inclined to retouch, and therefore revise, history. The 20th anniversary celebrations in 1937 coincided with Josef Stalin’s Great Purge, during which prominent old guard leaders were imprisoned and executed. The parade that took place in Red Square in 1941 demonstrated that Russia would resist the Nazi German invasion.

After the 20th Congress of the Communist Party of the Soviet Union in 1957, the cult of personality surrounding Josef Stalin gave way to talk of a return to “true Leninism”. Leaders of friendly nations traveled to Moscow for the 50th anniversary celebrations in 1967. From then on, November 7 became a real public holiday: workers were given a day off, and it was celebrated in a fairground atmosphere, detached from any major political influence. In 1987 – after the start of Glasnost and Perestroika – discussions about a radical reassessment of the Russian Revolution and its effects began. Characters hitherto taboo like the Bolshevik Nikolai Bukharin suddenly reappeared; works that had been banned for decades were published and widely distributed.

Interest in the party, which was eventually only observed as such by a dwindling number of Communist Party members, waned in the 1990s. post-Soviet society than by revolutionary ideals.

One would think that growing social inequality, violence and instability – both in Russia and abroad – would provide an opportunity to examine the reasons for these problems, as well as what might serve to alleviate them. Invoking unity against an external enemy and its internal agents was not enough to save the tsarist empire from the weight of the First World War. Nor will it offer useful perspective in today’s post-Soviet Russia. Everyone knows that the obstacles to modernization are at home and not abroad. The reconstruction of the empire as the USSR in 1922, for example, so overburdened the multi-ethnic country at the time that it was unable to develop as a modern nation of self-confident citizens for decades.

The only things President Vladimir Putin has learned from the failures of the Russian Empire seem to be a fear of change and a willingness to maintain order at all costs. But this is far too little learned at a time when the country can only be modernized with its citizens, not without – or even against – them and the institutions so necessary to bring about this modernization.