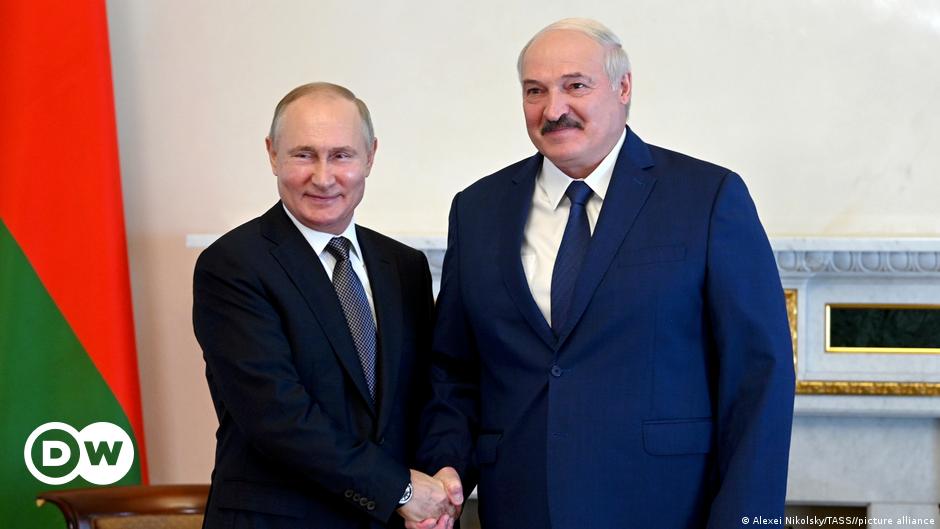 Since the people of Belarus took to the streets on the evening of August 9, 2020 to protest the results of a fraudulent presidential election, one figure has weighed heavily in the country.

It is not Alexander Lukashenko, his ruler for 27 years; nor Sviatlana Tsikhanouskaya, who was Lukashenko’s main challenger and now heads a de facto provisional government in exile in Belarus – the figure is Russian President Vladimir Putin.

Since the Russian strongman congratulated Lukashenko on his electoral “victory” last August, the Kremlin has continued to consolidate its hold over the neighboring country.

Lukashenko regularly meets with Putin. Official records of these meetings invariably mention either a Russian loan granted or extended to the Minsk regime, or low-cost Russian oil and gas deliveries to Belarus.

More worryingly, the Russian and Belarusian armies have been conducting almost non-stop joint military exercises for a year now. The exercises will culminate in September, with large-scale military games called “Zapad”, which means “the West” in Russian.

Probably the most important trend of the last year – although much less visible – has been what many experts are already calling a creeping absorption of the Belarusian State Security Committee (which still proudly calls itself the KGB) by his older “brother” – the Russian State Security Service (FSB).

The Russian Ambassador to Minsk, Yevgeny Lukyanov, is widely believed to have served in both the Soviet KGB and the FSB.

Recently, just days after a brazen act of air piracy allowed Belarusian authorities to hijack a Ryanair commercial flight and force it to land in Minsk under false pretenses in order for KGB agents to arrest the anti-activist and journalist. -Loukachenko Raman Pratasevich and his girlfriend (a Russian Citizen), the two agencies proudly announced that they would strengthen their cooperation against “the destructive West”.

The Lukashenko regime even paraded a depressed and frightened Pratasevich past state television cameras to make a forced confession about subversive activities in a scene worthy of the Stalinist-era show trials.

Prominent security observers like Mark Galeotti believe the FSB helped its Belarusian “colleagues” to carry out the operation.

A similar suspicion of inter-agency cooperation hangs over the mysterious death of Belarusian activist Vitaly Shishov, whom police found hanged in a Kiev park this week. Chichov had emigrated to escape the grim reality of inevitable arrest and possible torture in Belarus.

Would Lukashenko challenge the EU without Putin’s support?

In this atmosphere of fear and intimidation, it is no surprise that anti-regime rallies across Belarus have all but ceased, with hundreds if not thousands of Belarusians fleeing the country, mainly to neighboring Poland and Lithuania. .

In July, Lukashenko also stepped up his confrontation with the EU by abandoning the EU-Belarus readmission treaty and easing his country’s visa restrictions to allow thousands of migrants from the Middle East, Asia and Asia. Africa to freely enter Lithuania, an EU member state.

Lithuanian authorities have called the move “an act of hybrid warfare” as they rushed to house hundreds, then thousands of migrants and to fortify their border.

It is highly unlikely that the Belarusian dictator would have adopted such an aggressive stance towards the EU without Putin’s prior consent.

For the Kremlin, supporting Minsk is an effective and inexpensive way to show that it does not leave the allies in embarrassment, as well as to display its ability to threaten the EU on a massive scale.

However, opponents of Lukashenko, including Sviatlana Tsikhanouskaya, remain reluctant to mention Putin and continue to speak only of the Lukashenko regime threatening Europe. Some even let me understand in private conversations that they believed Putin would eventually tire of Lukashenko embarrassing him and agreeing to negotiate his exit from politics. This kind of calculation is a big mistake.

What is the end of the game for Putin on Belarus?

Everything the Kremlin does points to Russia’s goal of absorbing Belarus in one way or another, even though it can officially stay on the map with Lukashenko as its leader.

Putin doesn’t need to repeat his 2014 Crimea operation to gain full control of Belarus – Minsk agreeing to host Russian military bases and adopting the ruble as its national currency would suffice.

This would make Putin the ruler of the Belarusian economy – allowing the subsequent takeover of his most valuable assets by Russian companies selected by the Kremlin – as well as a foothold allowing Russia to simultaneously confront Ukraine in the process. the south and Poland, a NATO member, to the west.

After Putin’s international isolation was effectively ended by Joe Biden at their summit in Geneva in June, there appears to be little will in the US or the EU to stop such developments should Putin have to. seize Belarus. With most of the militants murdered, in prison or in exile, neither is the Belarusian opposition.

When Belarus’ democratic revolution began a year ago, few imagined that Lukashenko’s cruelty, Putin’s money, and their combined security agencies would tip the scales so much that the country’s existence would ultimately be on the line.