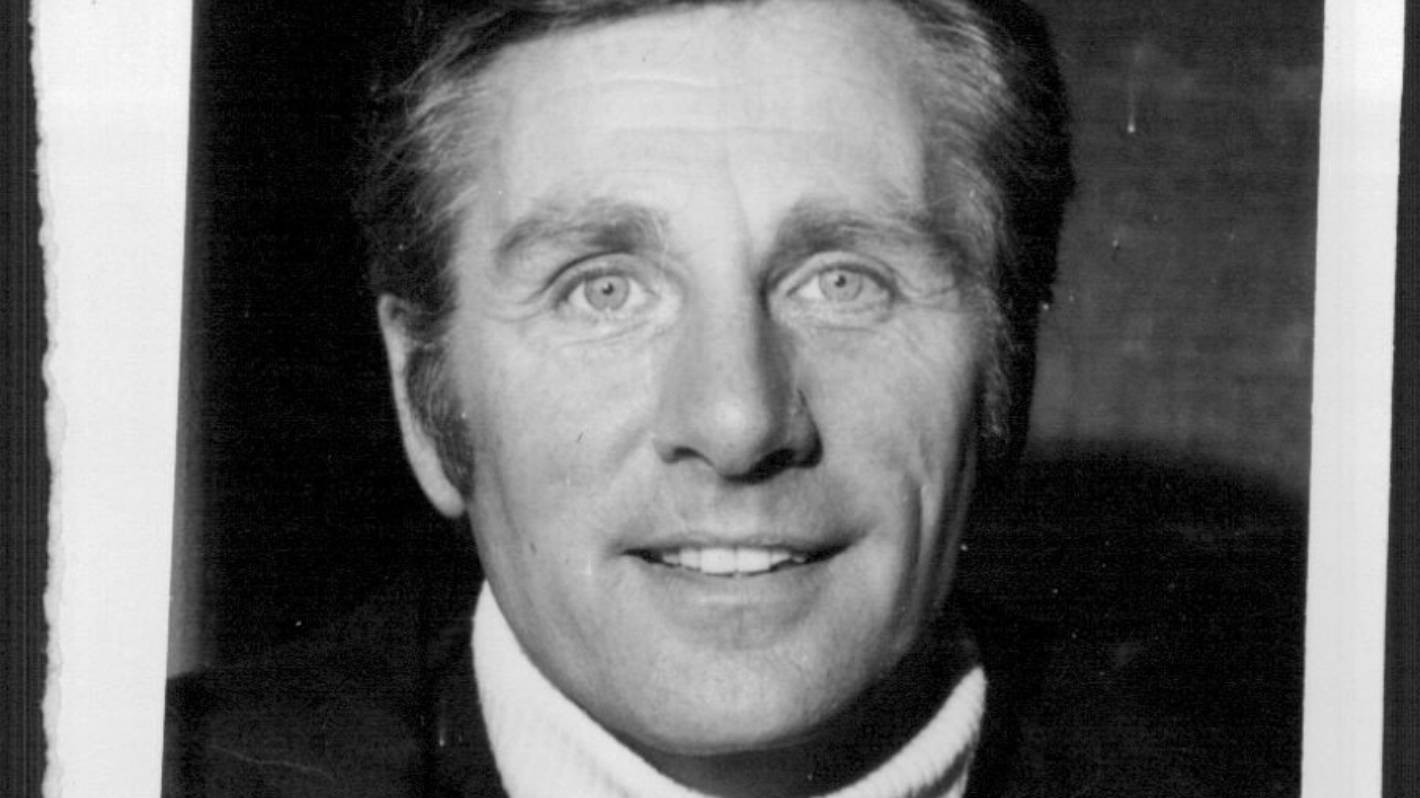 Philip Chatfield, who died at the age of 93, was artistic director of the Royal New Zealand Ballet in the mid-1970s. Together with his New Zealand wife, dancer Rowena Jackson, he influenced many young dancers in this country.

Chatfield was born in 1927 near Southampton, in the south of England, “in the same village as Benny Hill,” he later rejoiced. His own cheerful humor is recalled by all who knew him.

He learned ballet at the age of 6. He writes (in Royal New Zealand Ballet at Sixty, 2013): “I was the only boy in school. I loved it … in 1939, at age 11, Ninette de Valois awarded me a five-year scholarship to Sadler’s Wells Ballet School … I became a full-time member of the Royal Ballet Company at 15 years. . “

In all respects this is a meteoric path for a young dancer, and Philip was also fortunate to be mentored by Nikolai Sergeyev, who had escaped from the Russian Revolution, and brought many 19th century ballet classics from the Russian repertoire to the British. company.

The extensive collection of Royal Ballet programs in the Alexander Turnbull Library (from the Alexander Grant bequest) provides evidence of Chatfield’s lead and solo roles. Tall and handsome, with an elegant physique, he danced classical roles with aplomb, and was cast in Frederick Ashton’s talisman choreography, Symphonic variations (1946), and in ballets by John Cranko among many others.

World War II had depleted the ranks of male dancers at the Royal Ballet, so New Zealanders Alexander Grant and Bryan Ashbridge, untouched by wartime service and years of food rationing, with Rowena Jackson, had an encouraging and welcome impact on the Royal Ballet stage. after the war years. Soon after arriving in London, Jackson and Ashbridge each won gold at the Adeline Genée awards in unprecedented colony scoop. Chatfield had noticed a photo in Dance time of a young New Zealand dancer recently arrived in England. He saved the photo and was able to easily recognize Rowena when she introduced herself to the Royal Ballet’s companion class.

A few years later, Russell Kerr and Anne Rowse also traveled from New Zealand to England to pursue their ballet studies and both found success in careers with the London company Festival Ballet. Nicholas Beriosov, another Russian emigrant, was there to mount the works of the Diaghilev Company, a 20th century heritage repertoire that would in turn return to New Zealand when Russell Kerr became artistic director of the New Zealand Ballet in 1963, thus keeping the company on the world map of ballet where Poul Gnatt had already placed it in 1953.

In 1958 Chatfield married Rowena Jackson, who was then also a soloist with the Royal Ballet. They toured Europe and America extensively, followed by an extended tour of New Zealand and Australia in 1958-59. Soon after, the couple withdrew from the show and moved to New Zealand, starting a family.

They aided in the adventure of the New Zealand Ballet and the associated National Ballet School, becoming directors in the mid-1970s, a committed relationship between the company and the school closer than any twinning between the two institutions before. or since. They later moved to Brisbane to be closer to their family. Philip died there at the age of 93. “I am overwhelmed by the friendliness of the people – and the house is full of flowers,” Rowena reports in the days following her death.

Although they retired from the show, the Chatfields agreed to participate in the United Ballet season here in 1959-60 (an exciting combination of Gnatt’s New Zealand Ballet and Kerr’s Auckland Repertory Ballet) for which they staged. and danced in Ashton’s The ice skaters. The program included Danish work, Dream visions by Gnatt, the fabulous of Kerr Prince Igor, and the legendary Prismatic variations, co-choreographed by Kerr and Gnatt.

“Who needs England when you can organize seasons like this here? they wondered. Raymond Boyce, designer, Richard Campion, entrepreneur, and John Todd, patron, knew how to make it happen, and the dancers withstood all manner of pioneering conditions to keep the show on the road. At the time, ballet in this country was hitting far above its weight, funds still low but production values ​​still high and a genealogical repertoire guaranteed.

Moving to Auckland with two children, Paul and Rosetta, Philip and Rowena found ways to make ends meet (running a coffee shop, beauty salon, grocery store, as well as guest teaching, running programs dance for television, working for the Auckland Holiday Society). They were persuaded by Dorothy Daniels to replace her when she retired from the management of the National Ballet School. Philip became director with Rowena as a partner, inviting colleagues Anne Rowse and Deirdre Tarrant as tutors. Many students remember the genealogical training they received.

In 1975 Philip was appointed artistic director of the New Zealand Ballet. The company was in debt, confidence was low, and the board was planning to shut it down. Philip was offered the job “for six weeks” – he accepted the challenge, insisted for a few years, and put the bank account back in the dark. He persuaded Jon Trimmer to join the company after some time in Auckland Dance Center.

Her own choreography included The kiss and Last Meeting. Full length The Sleeping Beauty had Patricia Rianne and Linda Anning alternating in the lead role, in partnership with Jon Trimmer. There was also “a memorable collaboration with the local Maori who helped me a lot when I choreographed a work, Tohu Aroha, to music composed by Christopher Norton ”. In 1978, on the occasion of the 25th anniversary of the company, he resigned from his post as director. Artistic director Harry Haythorne invited him back from Australia on stage The kiss and Last Meeting for the company’s 30th anniversary season in 1983.

Russell Kerr writes: “Philip Chatfield whom I have seen several times as a dancer, producer, teacher and finally artistic director. Always a pleasant and straightforward personality, a quick wit when it suited the occasion … an extremely kind person who will be missed by those lucky enough to have been a friend or acquaintance. Anne Rowse remembers “such a strong partnership between Rowena and Philip. They really made a team.

Kerry-Anne Gilberd says, “I remember Philip’s love for dance, music and his humor too. He and Rowena were instrumental in the start of my dancing career, for which I am eternally grateful ”; Dawn Sanders writes: “Philip had an incredible memory, having stood at the back of the stage at ‘The Garden’ (Covent), observing, noticing, absorbing the finer details of the ballets. When he reproduced The Sleeping Beauty here he knew each other’s roles and always delivered elegantly.

From Sue Nicholls: “The door would open onto the vast space of the National Ballet School, the Marion St studio, and Philip Chatfield would walk in as if he was appearing on the stage in Covent Garden. He had charisma and it was inspiring. His classes made us eat space, his choreography was moving. For my part, I loved it. There were some funny moments where Philip and Rowena argued as politely as possible, the differences in how past repertoire was memorized and needed to be passed on to us newbies. I can’t remember who won.

From Martin James: “Dear Philip Chatfield, it was you who saw talent in me, which led to a long career. Thank you.The kiss no two that you created that I will never forget because the music always resonates with me, apart from the choreography itself! ”

Jon Trimmer remembers it, and also Last Meeting, like the characteristic style of Philip.

I personally remember Philip and Rowena attending a dramatic dance I choreographed at an Auckland University Arts Festival in 1969 – Landing in unknown seas, to music by Douglas Lilburn, poetry by Allen Curnow. The venue and content were outside of their normal theater ballet comfort zone, but they attended and made kind comments afterward. The dance is, for the most part, unrated and only summarily documented, so that kind of self-interest and connection between the people involved becomes the warp of its weft, the folded to his thrown, the memory instantly danced in the night.

Philip is survived by Rowena, his wife of 63 years, his son Paul, his daughter Rosetta (Clark) and their families, including nine great-grandchildren.