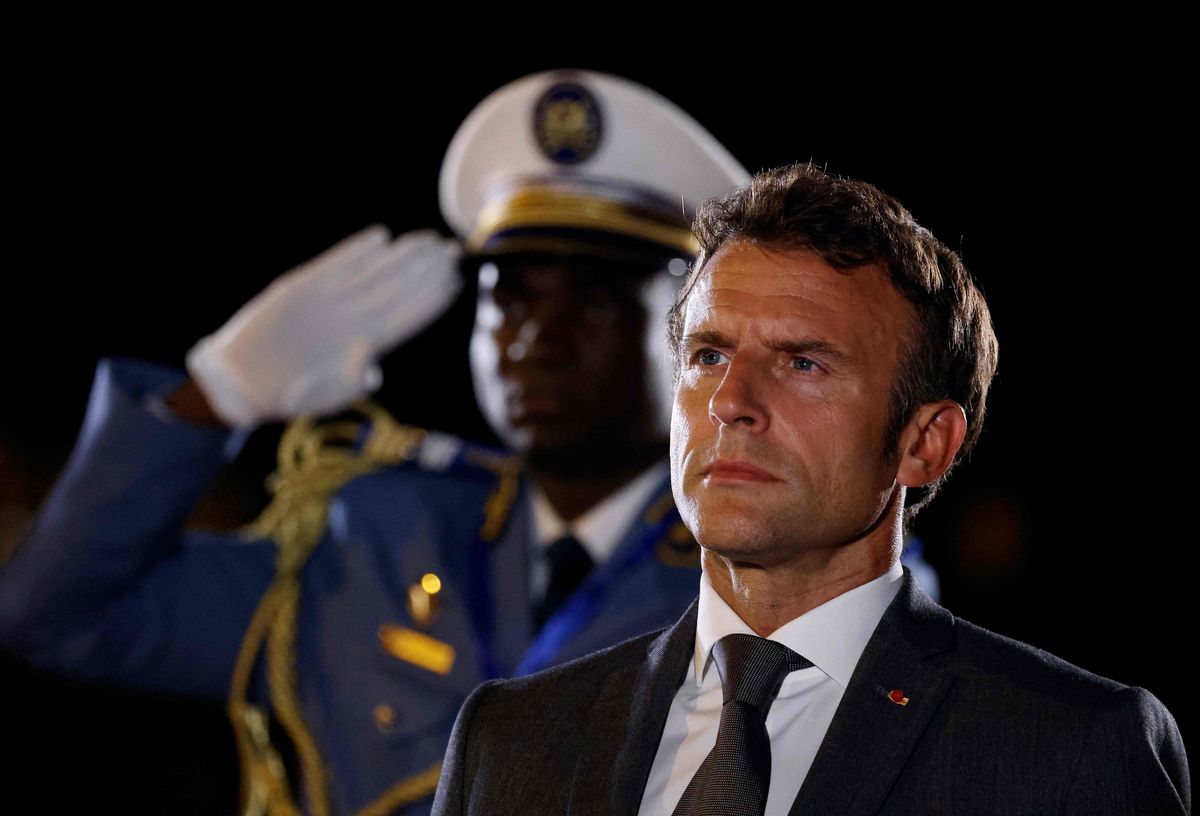 French President Emmanuel Macron described the global food crisis as one of Russia’s “weapons of war” during a visit to Cameroon on Tuesday, dismissing suggestions that Western sanctions were to blame.

Cameroon, like many developing countries, is grappling with steep increases in the prices of oil, fertilizers and foodstuffs. Severe fuel shortages hit the capital Yaoundé last week, leading to long queues at petrol stations.

Macron is on a three-stop tour of Africa, a trip intended to strengthen political ties with the continent and help boost agricultural production amid growing food insecurity linked to the war in Ukraine.

African governments have largely avoided taking sides and refused to join in Western condemnation and sanctions.

At the same time, anti-French sentiment is rising in France’s former colonies in West Africa, where security concerns following a series of coups are stoking frustration and tilting public opinion in favor of of Russia.

“We are blamed by some who say that European sanctions (against Russia) are the cause of the global food crisis, including in Africa. This is totally false,” Macron said during a meeting with the French community in Cameroon.

“Food, like energy, have become Russian weapons of war… We must help the African continent produce more for itself,” Macron said.

Many African countries depend on Russian grain and energy, but they also buy Ukrainian grain that has been disrupted by the conflict.

Moscow denies any responsibility for the food crisis, accusing Western sanctions of slowing its food and fertilizer exports and Ukraine of having mined the approaches to its ports.

Cameroon, a mineral-rich Central African country, is a major food producer for the region and Macron’s delegation will seek investment opportunities in the agricultural sector.

He is meeting Cameroonian President Paul Biya in the capital Yaoundé before traveling to Benin on Wednesday and Guinea-Bissau on Thursday.

The trip – Macron’s first to Africa since his re-election in April – coincides with visits by Russian Foreign Minister Sergey Lavrov and US Special Envoy for the Horn of Africa Mike Hammer to different countries on the continent.

Our Morning Update and Evening Update newsletters are compiled by Globe editors, giving you a concise summary of the day’s most important headlines. register today.

2022-07-26
Previous Post: Illusion of grandeur: Russia’s war continues to be propelled by propaganda and historical parallelism
Next Post: Only arms producers profit from Ukraine-Russia war: PM