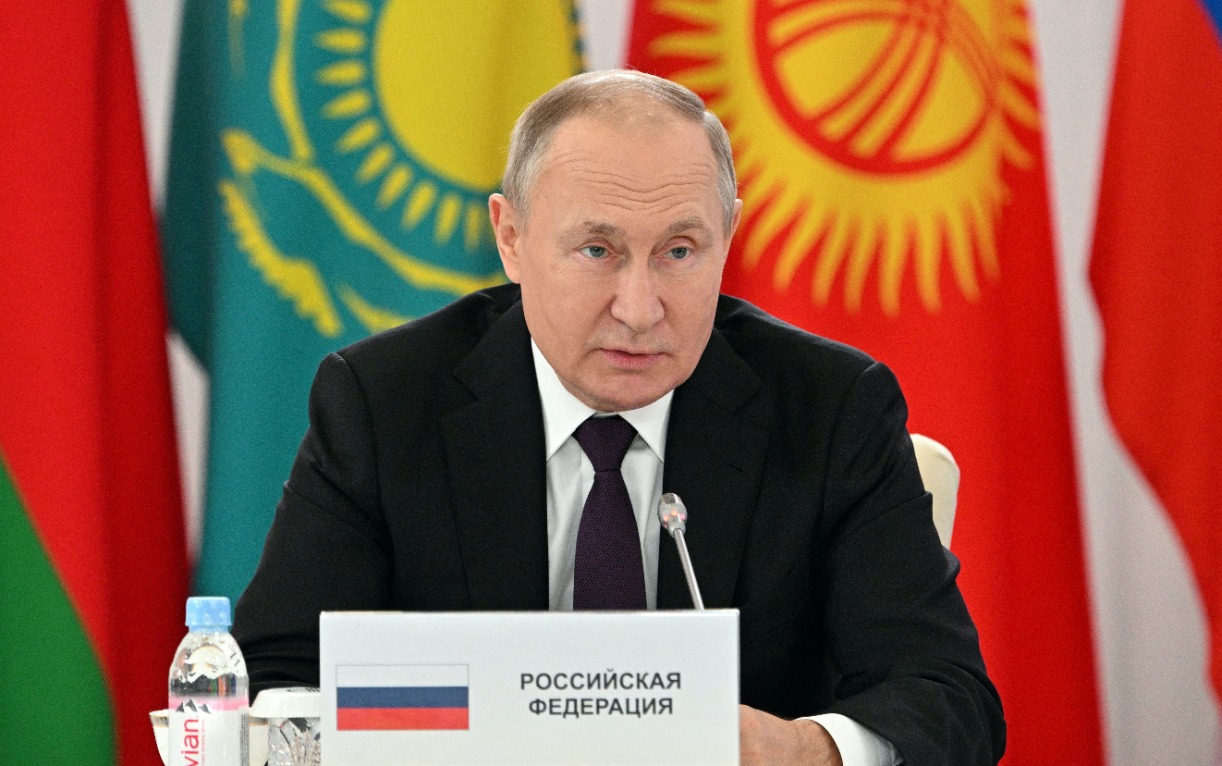 Is the West ready for the second Russian revolution?

A new Holy Roman Empire was formed across the world. It’s a new “nomos” – the expression of Carl Schmitt borrowed of the Greeks to chart the scope of a new Europe – of the acquisition of territories and resources. In this new Europe, borders are collapsing and civilizational, economic, political and cyberspace diasporas are turning towards the true dark age, that of modernity. The global existential crisis is not just the stuff of the mad tsar but a competition for the “coarse(empire building) of the scarcity of resources and areas of influence. Nomos is not written on maps or borders. It is spherical rather than linear and revolves around multiple dimensions as civilizational states fluctuate and competition expands to space and technology. Traditional ideologies of left and right become superfluous as the new technological materialism ushers in a tsunami of crises, wrapped in uniform elite manipulation of politics.

Right now, the Western media consensus is correct on Russian aggression and aggrandizement. However, the underlying tectonic plates have shifted into a concerted new alliance. This alliance is a New Roman Empire that sits not in the heart of Europe but on the periphery. The American-British alliance is an Atlanticism dressed in the old robes of liberalism, but the main actor is the new coarse elite competition. The origins of the covenant are not only material and resource-based, but also cultural. The United States has once again placed itself at the epicenter of the “liberal” order. The values ​​of liberalism are essentially “against” the other and presuppose a moral superiority which is exported through missionary undertakings. No wonder George Soros is a big fan of Atlanticism and eager to dismantle the main threat to the United States: the Molotov-Ribbentrop marriage of convenience between Russia and Germany. For Soros, a strong European power like Germany tips the balance towards Europe. The United States has the strategic support of Great Britain. However, while the United States is driven by raison d’etat, the British are driven by Palmerston’s assertion of self-interest dosed with a vindictive streak for enemies. Therefore, Britain’s enemies are Russia and Germany in equal order. Of course, all of this is dressed up in the pretty verbiage of liberal values. The essence of realpolitik is to weaken Germany, fan the flames of Europe’s eastern borders and destroy a Russian-German collaboration that would establish a superpower coarse in Europe. Germany, already the dominant force in the European Union (EU), is, despite its postwar liberal flattery, essentially a “cultural” state like Italy,

The Russian response reflects the structure of the two hegemonic blocs: the Atlantic alliance of the United States and Great Britain, and the Sino-Russian alliance coarse. Ukraine represents the grinding tectonic plates of the hinterland. However, it is portrayed almost universally in the American and British media as a fight between authoritarianism and democracy. However, in 2015 The Guardian describe Ukraine as “the most corrupt nation in the world”. The trend towards “authoritarianism” is a pipe dream because it has occurred in all political systems, not just ostensibly authoritarian ones. The geopolitical politics of the West are wrapped in the language of “humanitarian” global moral rights. War, far from the battlefield, is tantamount to a battle of media narratives, and here the cannon fodder is the modern man confined to the economic realm. However, liberal democracy suffers from an internal weakness in the face of civilizational states: the lack of homogeneity. While differentiation and individualism benefit people who are isolated in the economic market, the world of realpolitik is suited to homogeneity, regardless of any moral position on that position.

The ‘values-driven’ world of the Western ‘knowledge class’ is at odds with the ‘productive class’, represented by the schism manifested by the shift to populism and democracy in European countries such as Italy, Sweden and Hungary. The neoliberal dream of “deterritorialization” and degradation of the nation-state and civilizational domains – considered part of the raison d’etat of a globalized market – is seen as a major threat by Russia. Russia’s policy of pushback in Ukraine has long been nurtured by Russian analysts. This is not a recent reaction from some hard-liners in the Kremlin, nor an idea dreamed up by the mad czar. It is considered sacrosanct that globalization on the scale seen so far is a strategic disaster for Russian interests due to the hegemonic effects of US financial and technological monopolization of the world. Therefore, for Russia, the war in Ukraine serves two purposes. One is the expulsion of NATO from Eastern Europe and the second is to foment a crisis of confidence in globalization and to build new blocks of cooperation in the East.

Russia, China and a resurgent Germany would pose an existential threat to American interests, which are already suffering from internal dissonance and social breakdown. American institutions fail to represent the heterogeneity that existed after World War II. The United States, because of this internal dissonance, has always needed an enemy, first Communism and then Islam. At the same time, it enabled massive spending and a war economy that was an exportable commodity. Military aid to Ukraine is the global tax on such a system. As Vladimir Lenin apparently noted (although the quote was never attributed to him), at the heart of the Western mission is a contradiction. “When the time comes to hang the capitalists, they will sell us the rope.” This contradiction is most marked when liberal democracy has attempted to legitimize capital through a global system based on liberal values.

The reason the Ukrainian conflict is so central to Russian interests is that it has its roots in the legacy of the Russian revolution. Essentially, the Soviet republics were never part of a civilizational Soviet Union. It was a forced marriage and outside European Russia; the nomenklatura of the Soviet Union had little in common with the Kazakhs or the Tartars. This is why the war with Ukraine has existential connotations for Vladimir Putin and Russia. This could lead to the collapse of the Soviet system. Around the world, we are witnessing a return to populism and federalism. In the United States, it is a fundamental reaction to the state aggrandizement of the liberal knowledge class. Although populism is highly democratic, as seen with the recent victory of the Brothers of Italy party, it is being ravaged by the liberal knowledge class as it poses a threat to their extraction of public funding through blocks like the EU. Likewise, in other parts of the world, from the post-Soviet space to Iran and Britain, there is an emerging democratic need to move away from centralization. The world’s elites fight for resources and financial aggrandizement, but elite suppression would benefit a shift to a Westphalian system of federation and autonomy for homogeneous, civilizational states. The 1648 Treaty of Westphalia announced a definition of respect for borders, religious tolerance, the end of the Thirty Years’ War and the Holy Roman Empire. A new system based on these principles could revitalize Europe by tearing down EU liberal universalism and respecting ethnic diversity. In Westphalia, precedent and tradition merged with law and reason. We now find ourselves at a similar time. The liberality of the Enlightenment descended into the dogmatism of modern liberal democracy. Dostoyevsky correctly diagnosed descent into the nihilism and materialism of modernity, writing that “if nations fail to live by disinterested higher ideas, by the noble aims of serving humanity, and simply to serve their own interests, they must inevitably perish, grow numb, wear out, die.”

Brian Patrick Bolger studied at the London School of Economics. He has taught political philosophy and applied linguistics at universities across Europe. His articles have appeared in national interestThe Montreal Review, The European Curator, The Salisbury Review, The Village, New English Review, The Burkean, The Daily Globe, American Thinker and Philosophy Now. His new book, The Coronavirus and the Strange Death of Truthis now available in the UK and Uunited states. He can be reached at [email protected].

2022-10-18
Previous Post: Russia’s population is in historic decline due to emigration, war and falling birth rate
Next Post: Population transfers from Russia are ‘deportations’, says Ukraine