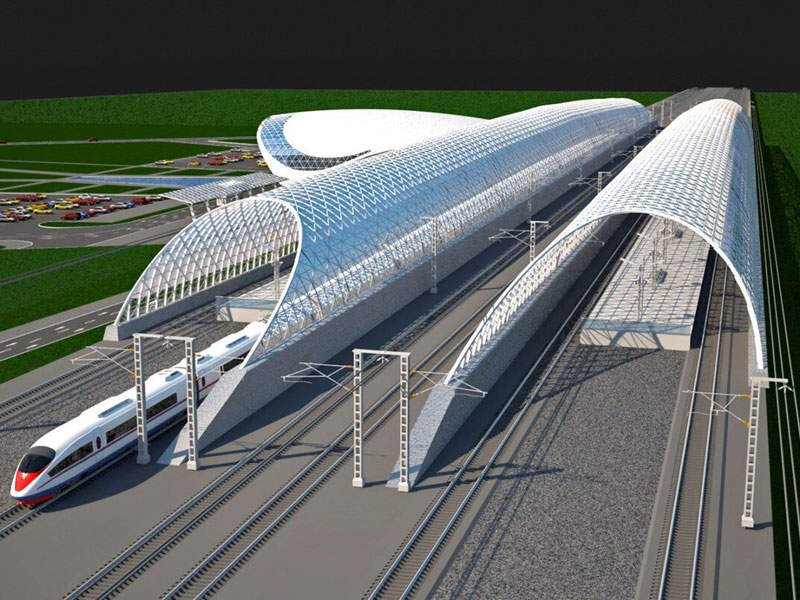 Is the Moscow-Kazan high-speed rail project on the right track?

Think of Russia and train travel and the first thing that probably comes to mind is the Trans-Siberian Railway, that epic and romantic journey of over 9,000 km from Moscow through the Ural Mountains, and to the port city of Vladivostok in the frozen east of the country.

Beloved by adventurers for more than a century, the Trans-Siberian network was for decades the longest railway line in the world, until that honor fell to the Yiwu-Madrid Railway when it was completed in 2014.

Today, the next big step in the evolution of the Russian railway system has been reached in the form of the new Moscow-Kazan high-speed line.

At more than 700 km, the route is the first phase of the Russian section of a high-speed rail network between Europe and Asia that aims to improve freight transport between Beijing and Moscow, as well as mobility , interconnection and economic growth in the regions of Russia.

“The idea behind the construction of the Moscow-Kazan high-speed rail line was announced almost ten years ago, in 2009,” says Ivan Kondratenko, consulting analyst at Frost & Sullivan. “At the time, this was justified by improving the innovation of industry and increasing the mobility of the population along the railway line of about 15 million citizens by creating large agglomerations.

“The original plan was to extend the line to Yekaterinburg by 2030 with the ultimate goal of completing the 7,000 km line connecting Moscow and Beijing.

“The accumulated high-speed rail projects in Russia by 2030 amount to 4,300 km. However, the Russian economy and the state budget are currently not in the best shape to manage large infrastructure objects, so such achievements remain questionable as no real action and construction has yet taken place,” he says. “For Russian Railways to realize their projects, it is crucial to attract foreign partners for financing and technology sharing.”

The deterioration of Russian relations with the West and subsequent Western sanctions ended interest in the Moscow-Kazan project from European conglomerates such as Siemens and SNCF.

In April 2016, China Railway International Group stepped in and agreed to provide a loan of 400 billion rubles ($6.2 billion) for the construction of the Moscow-Kazan railway line over a 20-year period.

“China has shown interest in participating in the project as part of the construction of the high-speed rail network between Moscow and Beijing,” says Kondratenko. “One of the main conditions on the Chinese side was to use their technology and equipment for construction. Due to underdeveloped local capabilities and lack of access to Western technologies, Russian counterparts agreed to these conditions. .

“The high-speed line is expected to reduce travel time between Moscow and Kazan from 14 hours to 3:17.”

The project is being developed by JSC High-Speed ​​Rail Lines, a subsidiary of JSC Russian Railways, under a Public-Private Partnership (PPP) and overall financing for the project is expected to be secured through additional PPPs, as well as national funds. and private investors.

“The initial budget for the Moscow-Kazan section of the project was estimated at almost 1 billion rubles in 2013,” Kondratenko explains. “However, as of 2018, while the works are still in the early planning stages, the estimated cost has risen to nearly RUB 1.7 tn (about $25 billion), of which RUB 700 billion is likely to take the form of a non-reimbursable grant from the Russian Government.”

Russian Railways plans to operate 300m long high-speed trains on the route. The trains will have an operating speed of 360 km/h and a maximum speed of 440 km/h.

Kondratenko is somewhat skeptical of the line’s projected impact on the mobility of Russia’s regional population.

“There will be some increase, but according to Russian Railways, by 2030 the estimated number of passengers on the line is expected to be 10 million per year, which is actually eight times higher than the current number. passengers,” he said.

“Many experts are skeptical about this figure – there is no reasonable justification for such an increase, as the level of income in Russian regions is not high enough to allow high-speed train travel.

“According to the authors of the project, the multiplier effect on GDP after the completion of the project should be seven times higher than the total costs of the project”, he adds. “Again, there is no concrete justification for these numbers.”

The issue of affordability for average Russians is a recurring theme and one of the reasons identified by Kondratenko as to why high-speed rail has never managed to gain traction in the country.

“There is an issue around the purchasing power of local citizens,” he confirms. “Tickets for high-speed trains are generally comparable to plane tickets; for example, for the entire route from Moscow to Kazan, it should be around $60, comparable to the price of a plane ticket.

“For people who can afford to travel, it makes more sense to choose faster planes, and for people with limited financial resources, longer times on regular non-high-speed train routes are justified by lower ticket price.

“However, the current rail, road and air routes take much longer than the planned high-speed line, and the main advantage of the project is that it should reduce the travel time between Moscow and Kazan from 14 hours to just a little more than three hours. hours.”

“For Russian Railways to realize their projects, it is crucial to attract foreign partners for financing and technology sharing.”

“The main reason for the lack of a developed high-speed rail network in Russia is the huge size of the country,” Kondratenko adds. “The only route to Kazan from Moscow would be 790 km long from west to east – and that’s not even half the country.

“Furthermore, the costs of developing such networks are too high to allow railways to become profitable decades from now, if at all.”

Critics have argued that the introduction of some high-speed lines has delayed or canceled more affordable intercity and commuter services. Is the sentiment that high-speed rail in Russia benefits urban and affluent elites at the expense of rural passengers justified?

“There are no real high-speed lines in Russia at the moment,” Kondratenko points out. “The current Moscow-St. Petersburg route allows travel at a maximum speed of 250 km/h and there are still trains at more affordable prices on alternative routes.”

The new high-speed line will be built in twelve stages, with construction of the Moscow-Kazan section initially slated to start in 2018.

“In 2018, with work still in the early planning stages, the estimated cost has risen to nearly 1.7 trillion rubles (about $25 billion).”

“The plan is to have the line to Kazan completed by 2024,” says Kondratenko. “It was originally planned to be completed by 2018 before the World Cup in Russia, but given that it is still in the early stages of development, the schedule could be revised again.”

“The line is also expected to be used as a freight route, and potentially if the wider Moscow-Beijing railway project is built, it can increase convenience and reduce freight transportation time.”

Whether or not ordinary Russians are willing or able to participate in their country’s multi-billion dollar high-speed rail revolution remains to be seen.

2018-12-05
Previous Post: The bloodshed that was the Russian Revolution
Next Post: Russia’s population declines in 2018 for the first time in a decade