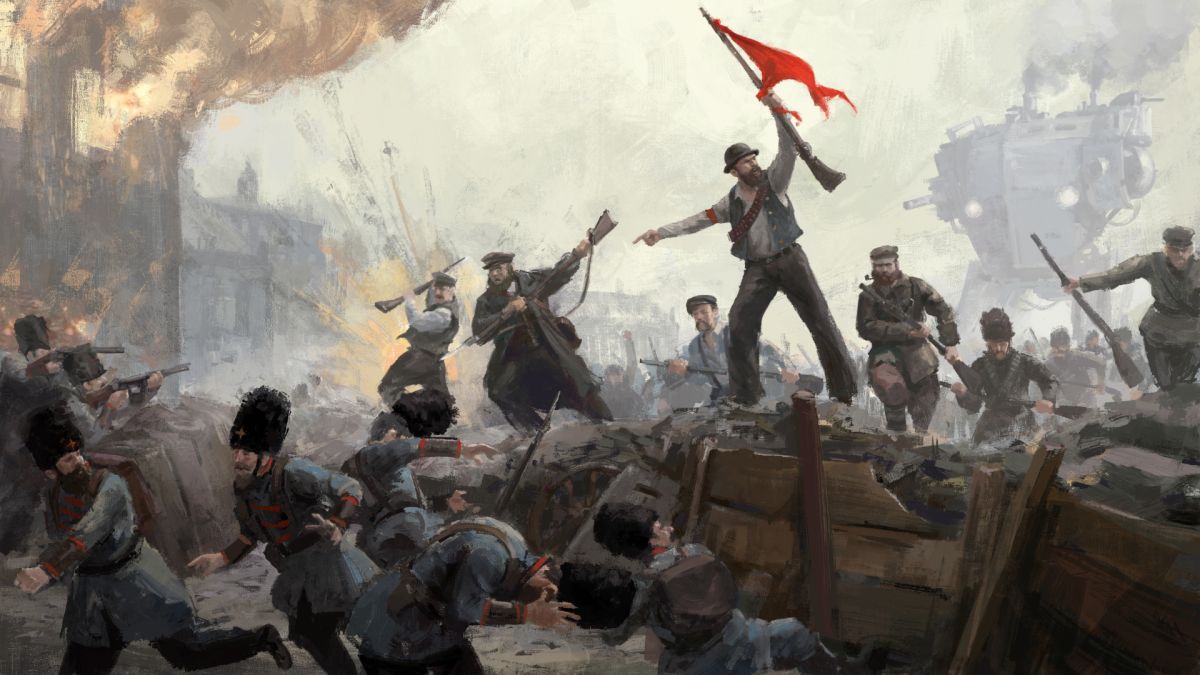 Oh, comrades! Now is the time to raise arms against the bourgeoisie, whether that arm is your own flesh and bones or the hardened steel of a steam-powered combat robot. Announced today, Iron Harvest’s first DLC sees its alternate history setting pose a question I didn’t know needed to be answered: what if the Russian Revolution had giant killer robots?

Slated to arrive on December 17, Rusviet Revolution adds four new single-player and co-op missions to the game, centering on legendary beard-owner Rasputin – who, given Iron Harvest’s 1920+ setting, is likely stomping the ladder. non-Russia is a great Gundam tin.

If nothing else, the DLC has given us another staggering alternate history artwork from 1920+ creator Jakub Rozalski, whose paintings of pastoral scenes with great stomping war machines still do. fantastic viewing.

The expansion will be free for Kickstarter backers and Deluxe Edition owners, or $4 for everyone else. There are some great free treats to enjoy before you go wave the red flag from the top of your old-fashioned war machine, mind.

This week also saw the release of a new Drop Zone game mode, which sees teams scrambling to control air-dropped resources across the map. November also saw the addition of a new Dark Forest map, while today’s update fixes a number of online matchmaking issues.

Finally, Iron Harvest is currently running a free demo weekend, letting you try your hand at a few single-player missions and a handful of skirmish maps against the AI ​​or other players. Somehow, although I’m Company of Heroes with giant robots, I haven’t tried Iron Harvest yet. It seems as good an excuse as any to finally give it a shot.