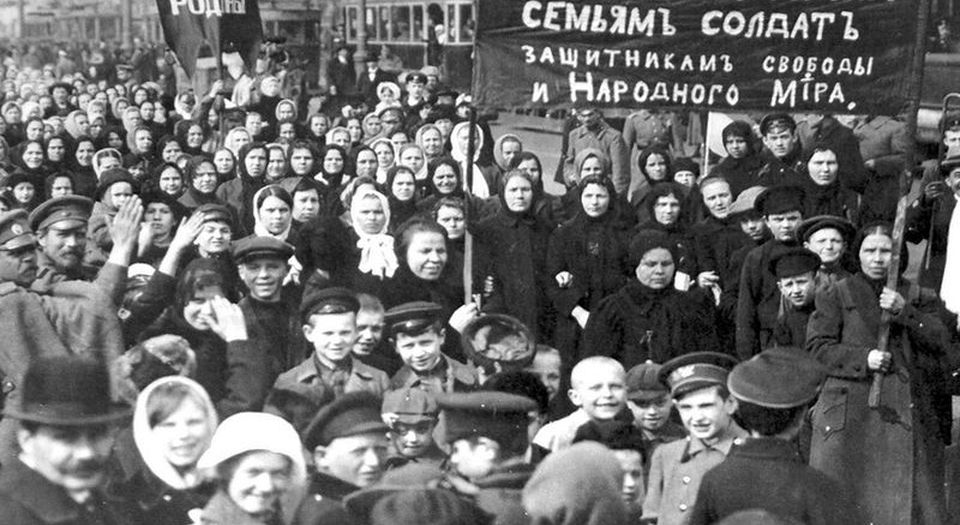 In defense of the Russian Revolution

In this year of the centenary of the Russian Revolution, this founding event of the 20th century is little recognized. And, for the most part, even the few books, TV specials, articles, and exhibits that acknowledge it are rife with misunderstanding and myth-making.

Some of the most absurd claims about revolution made in recent books and television specials are clearly products of our time, such as BBC 2’s suggestions Countdown to Revolution that Lenin’s policies were the product of childhood trauma and that he was the godfather of today’s so-called “fake news” epidemic.

But other, older myths about October 1917 loom large in the public imagination. WORLDwrite’s latest documentary, 1917: Why the Russian Revolution Matters, aims to do justice to this great experiment in social change. These are six of the myths shattered in the film.

1) The revolution was violent

Thanks to what Trotsky called a “fortunate coincidence,” when the Red Guards stormed the Winter Palace in October 1917, the seizure of power was remarkably non-violent. This was due to the discipline of the Bolsheviks, the popular support they enjoyed, and a general reluctance to defend the Provisional Government. Where more than a thousand died in the February Revolution when the Tsar was overthrown, only two died in October. In fact, more people died by accident while filming Sergei Eisenstein October – a highly dramatized reconstruction of the revolution – than in the revolution itself.

2) The red terror was the worst thing

Much of the violence that people associate with the revolution happened during the civil war in the years that followed. After the end of World War I, the Allied armies joined the counter-revolutionary Whites in an attempt to crush Bolshevism. If the Red Terror occupies an important place in the popular imagination, the White Terror was infinitely more sinister and violent. White people like Baron von Ungern, who swore to exterminate the Jews, marching under the banner of the swastika decades before Hitler, carved out the hearts of their captors. His example illustrates the depravity of the forces that came together to prevent workers’ domination.

3) The Bolshevik conspirators seized power in a coup

Anyone who had the misfortune to catch Countdown to Revolution would have the impression that Lenin and Trotsky conspired behind closed doors to orchestrate a coup. The truth is that the Bolsheviks had popular support on their side. Hundreds of thousands of workers, soldiers and sailors joined the Bolsheviks between February and October 1917. The Bolsheviks had deep roots in the working class, leading the working class and responding to it. They were able to take power with ease when storming the Winter Palace because they had already won over the public.

4) The October Revolution was “mob rule” in the broadest sense

When they tire of calling the revolution a coup led by a small group of conspirators, critics say it was “rule by the mob”. For example, Orlando Figes’ A popular tragedy paints the portrait of a mad mob, drunk with anger, unleashed in the streets of Petrograd. But the October Revolution was long debated and debated among a remarkably class-conscious and politically active working class. It was a mass movement made up not of a marauding mob, but of aspiring Russian citizens determined to transform their society for the better.

Commentators tend to dismiss the Russian Revolution as merely a prelude to Stalin’s gulag, or even a precursor to Putin, an argument advanced in Victor Sebestyen’s book. Lenin the dictator. But to project the specter of Stalinist tyranny onto the October Revolution is to read history backwards as a long continuum of inevitable horrors. This ahistorical trend is more the product of our own misanthropy today and tells us little about the past. We tend to view attempts at change as dangerous and destructive, as waiting catastrophes. The rise of Stalinism was a consequence of the failure of the revolution, not of the revolution itself. To understand this failure, we must recognize the isolation of Russia at this time, but also the devastating impact of the civil war, the desperate famine and the intervention of many foreign armies.

6) The February revolution was enough

If the October Revolution had been stopped in its tracks, the argument goes, Russia would have become a modern, liberal democracy. It is true that after the February Revolution the Provisional Government was one of the most liberal in Europe, introducing civil liberties which included freedom of the press and freedom of assembly. But the Provisional Government lacked a real base in Russian society, it was determined to continue the mass slaughter of World War I, and its reforms were not enough. Lenin, the Bolsheviks and their supporters understood the relationship between war and capitalism. They knew that the only way to end misery and militarism was to overthrow the state and let people run society for themselves.

Fraser Myers is a producer at WORLDbytes.

1917: Why the Russian Revolution Matters will premiere at the Battle of Ideas festival in London on Saturday 28th October. Learn more here.

To inquire about reposting dopecontent, a right of reply or a request for correction, please contact the editor, Viv Regan.