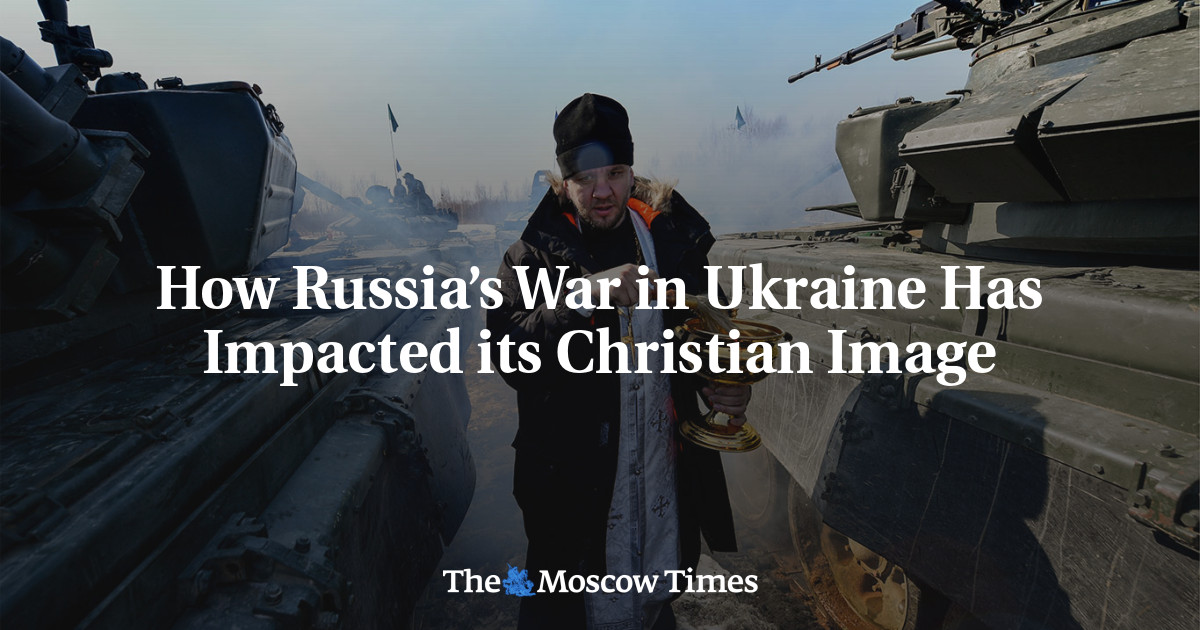 How Russia’s War in Ukraine Impacted Its Christian Image

Over the past decade, the Russian government has been careful to present itself as a bastion of Christianity and traditional values. The Kremlin has used this image of religiosity and its close relationship with the Russian Orthodox Church as a mechanism to promote its interests domestically, as well as cultivate connections with similarly fundamentalist-minded supporters abroad.

Since the outbreak of war in Ukraine, however, there have been noticeable cracks in the receptivity of this messaging strategy. Russia’s traditional religious allies in the West have begun to speak out against the war and, in particular, the support of the Russian Orthodox Church. This recent trend of criticism and declining global support for Moscow and the Church presents a significant and underestimated challenge to Russia’s ability to promote its interests and influence.

In the United States, Russia has long won the support of various groups and figures in American conservative Christian communities. In these communities, Putin and the Church managed to launch themselves as champions of Christian values, ready to fight against what many parishioners perceive as moral decay in the West. Russian propaganda has reinforced this perception, as well as the supposed danger of liberalism pushed by Western governments, which Russia presents as a threat to conservative ideals.

In 2013, after Putin signed a law banning the promotion of “non-traditional relationships” between minors, many prominent religious figures in the United States applauded the effort. Franklin Graham III, a well-known evangelist, praised the law as evidence of Russia’s attachment to traditional values ​​while the United States “abdicated” its “moral leadership”. In fact, Florida recently passed the “Don’t Say Gay” bill. echoes The Russian law of 2013.

As the war in Ukraine approached, the Russian strategy of soliciting Western support through religious means seemed to be paying off. Tucker-Carlson asked live why Americans should hate Russia; Steve Bannon on his show argued that we should be praising Putin for his anti-LGBTQ policies and for being “anti-woke”. Even after the war began, religious figures such as the American leaders of Russian Orthodox cathedrals in the United States say again Russian talking points that blame both Ukraine and the United States for the war.

And yet, within Russia and its Church, fissures of support have formed since the initial invasion. Shortly after the outbreak of war, for example, more than 150 Russian Orthodox clerics published a open letter calling for an immediate end to the war, stating that Ukrainians should be free to make their own choices. Although only a small portion of Russia’s thousands of Orthodox clerics, it represented an unusual break in Church messaging and ran counter to narratives coming from the Kremlin and leaders of the Church. ‘Church.

Patriarch Kirill, the head of the Russian Orthodox Church, was unwavering in his support for the war from the start, and he sought to justify Putin’s actions for religious purposes, depicting the war in the sermons as “an apocalyptic battle against evil”.

Nevertheless, the Church removed its second most powerful figure, Metropolitan Hilarion, from office after he voiced his opposition to the war in January, a month before it broke out. Kirill even went so far as to acknowledge the growing schism with the Russian Orthodox Church, explaining how he “understand“the decision of the Ukrainian Orthodox Church, which has historically aligned itself with its Church, to cut ties.

In the United States, too, there are several signs of diminishing support for Russia from its traditional American Christian allies. Just the week before the invasion of Russia, Franklin Graham tweeted for Christians to pray for Putin so that God can convince him to avoid war. Since February, Graham has spoken out against the war and has supported Western sanctions against Russia. Graham’s humanitarian organization, Samaritan’s Purse, is also Operating in Ukraine to help Ukrainian soldiers and civilians.

Patriarch Kirill “understands” the schism of the Ukrainian Church

Bryan Fischer, former director of the American Family Association, who has in the past defended Putin’s actions, recently rented Ukrainians in their struggle, calling it a “Christian revolution”. The Orthodox Church in America (OCA) has moved from calling for peace to blame directly the war against Russia, arguing that “no Christian can remain impartial or lukewarm in the face of suffering or remain silent in the face of such evils which are perpetrated”.

The head of the OCA, Metropolitan Tikhonmade his church’s anti-Russian and pro-Ukrainian views explicit when he said in an interview that “when someone tries to justify the Russian invasion of Ukraine by pointing the finger at Western decadence, they don’t only proves its own moral irrelevance”.

Even on a global scale, the World Council of Churches, which represents more than 580 million Christians, has sentenced Russia’s role in the war in Ukraine, as well as “the misuse of religious language and authority by the Russian Orthodox Church to justify it”.

To be sure, support for Russia and its war has persisted among many religious conservatives in Russia and the United States, although in the latter case supporters tend to be fewer and more distant from the political fringe. These supporters still see Putin and his war as a keep white Christianity, and consider Ukraine an evil place because it grows”awakened ideologies” on its citizens. But a sizable majority of Christians in the United States and elsewhere now see Russia’s foreign policy — and the support of that policy by the Russian Orthodox Church — as at odds with their core religious values.

This simple fact demonstrates a significant and striking decline in the influence of the Kremlin and the Russian Orthodox Church. It is also an underestimated strategic move, as these populations have long been receptive to this previously reliable messaging strategy of the Russian state.

Opinions expressed in opinion pieces do not necessarily reflect the position of The Moscow Times.