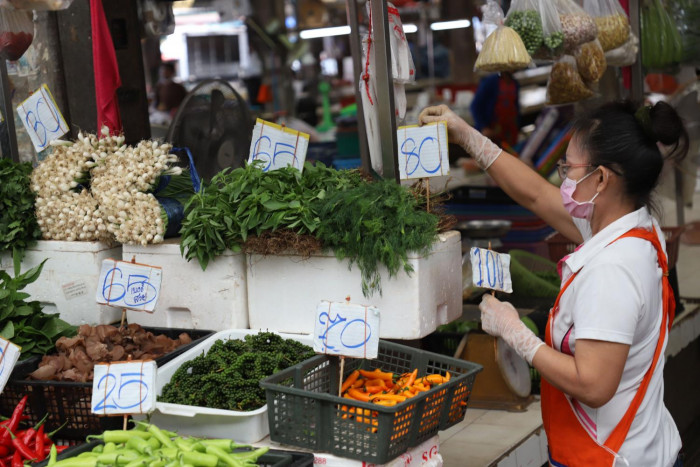 Vendors at Bang Kapi market in Bangkok have raised their prices due to the impact of Russia’s invasion of Ukraine. (Photo: Varuth Hirunyatheb)

In recent months, there have been positive signs that the world is getting back to normal after the Covid-19 pandemic. People have worked tirelessly over the past two years to cope with and mitigate the consequences of the pandemic, spending billions on health care, vaccine development and deployment, welfare payments and more. economic stimulus measures. The pandemic has reminded us of the increasingly interconnected nature of the world and underscored the importance of countries working together to address common challenges. Thailand continues to play an important role, including hosting AstraZeneca’s vaccine development center for Southeast Asia.

The world now faces a new set of significant challenges, this time caused by Russia’s unwarranted and unprovoked war against Ukraine. The challenges relate to international peace and security, the rules-based international order and the global economy. Like Covid, this is an international crisis with far-reaching consequences. The consequences of Russia’s actions extend far beyond Ukraine’s borders.

In just 11 weeks since the start of Russia’s full-scale invasion of Ukraine on February 24, the UN estimates that 3,381 civilians have died, including 235 children, and more than 3,680 injured, although the actual balance sheet is probably much higher. There is also ample evidence of atrocities committed by the Russian military, including the destruction of critical civilian infrastructure, such as hospitals and schools, and the widespread use of rape and torture as weapons of war. These acts would all be war crimes.

As appalling as war is, the effects and suffering are not only felt by Ukrainians in Ukraine. Russia’s war against Ukraine has caused a global economic shock wave that is also being felt right here in Thailand: farmers are facing rising fertilizer costs, fuel prices are much higher and prices raw materials are also increasing. Ukraine is a major producer of agricultural products. Large numbers of displaced Ukrainians combined with Russian damage to agricultural infrastructure and critical ports and rail links are having a significant impact on global food security. The global economic disruption caused by Russia’s war is likely to be felt for some time to come, including in Thailand.

We, the Ambassadors of Australia, Canada, the European Union, Japan, Norway, the United Kingdom, the Ambassador Designate of New Zealand and the United States Chargé d’Affaires of America, and the countries we represent, are committed to our commitment to Ukraine’s sovereignty and territorial integrity, which is why we will continue to support Ukraine in its self-defense against Russian hostilities.

We also want this war to end quickly so that the international community can help Ukraine recover and rebuild, so that thorough independent investigations into war crimes can be carried out and perpetrators held accountable, and so that the global economy and businesses can get back on their feet Track. We believe that the fastest way to end the war is for Russian President Vladimir Putin to cease hostilities and immediately withdraw his troops from Ukraine, and we have repeatedly made these calls internationally.

We are friends of Thailand and strongly support Thailand’s recent public commitments at the United Nations General Assembly to uphold the fundamental principles of the international order. We strongly believe in the rules-based international system and must do all we can to protect it.

We also want to see a rapid economic recovery in Thailand and elsewhere after the difficulties caused by the pandemic and now Russia’s war in Ukraine. These goals can best be achieved through de-escalation and Russia’s withdrawal from Ukraine, which would pave the way for the stabilization of the global security and economic situation in our interconnected world.

Russia’s war in Ukraine may be only 11 weeks old, but without a quick resolution, its effects here in Thailand and elsewhere will be felt for many years.

2022-05-12
Previous Post: Indian workers and students speak out on the NATO-Russia war
Next Post: Understanding the Roots of the Russian War in Ukraine