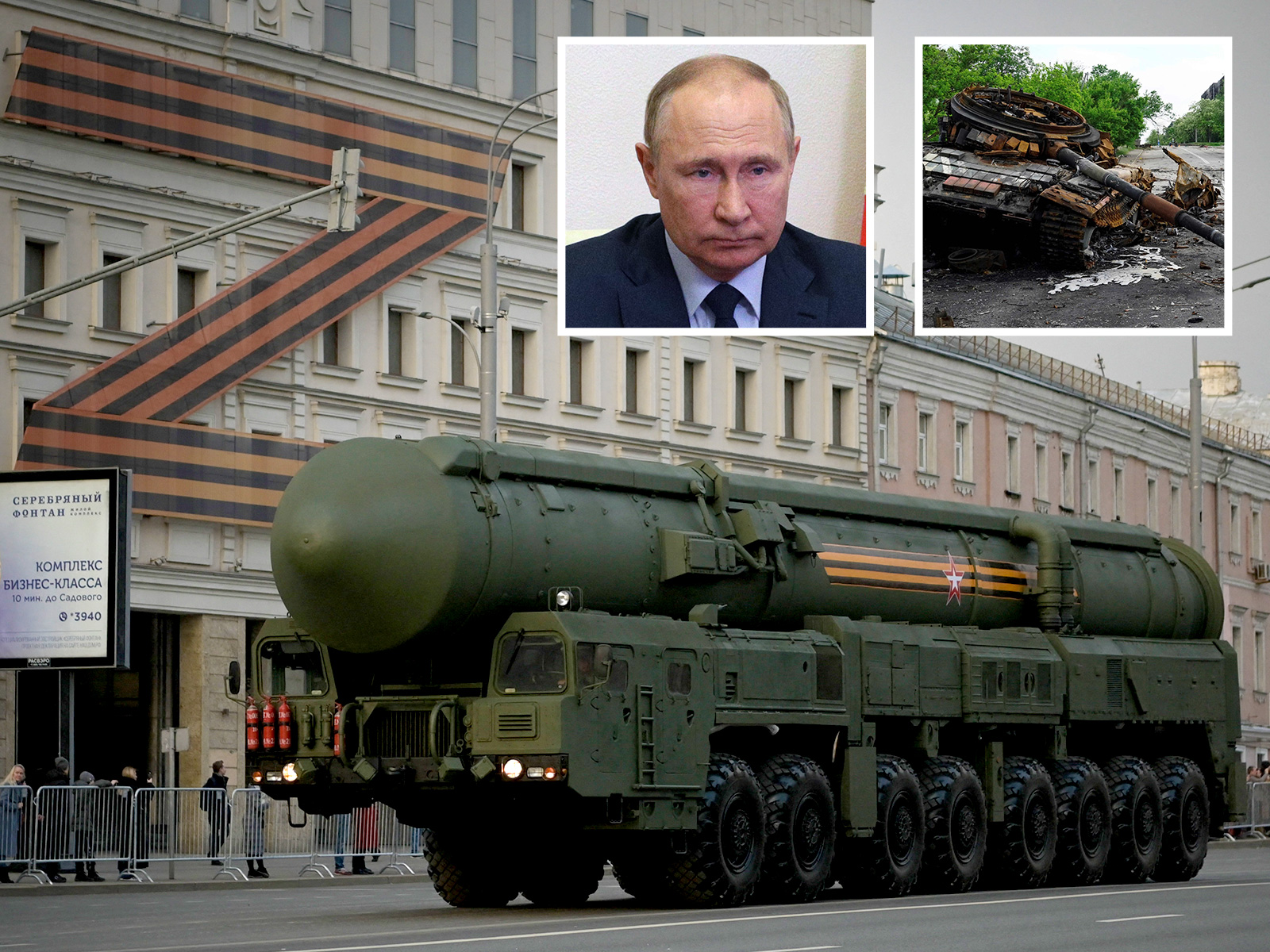 President Vladimir Putin’s claim to technological superiority over his Western adversaries seems less and less credible, as Russian forces battle against Ukrainians armed with the latest weapons, including NATO’s HIMARS.

Russia’s invasion of Ukraine, now in its seventh month, was to be a showcase for the world’s fifth most expensive armed force. Instead, Russian forces failed to quickly take Kyiv and got stuck in a quagmire.

Now questions are being asked about Russia’s most advanced weapons.

Russia’s setbacks in Ukraine could drive away potential customers.

“It’s going to be harder and harder for them to fulfill contracts — certainly fulfill contracts in the sense of providing maintenance and replacement parts — because they’re distracted,” said Green, now president. from the Wilson Center think tank.

“The unsophisticated nature of the weapons they’re using now – yes, they’re causing incredible suffering and damage – but I don’t believe a third country watching stupid Russian bombs blowing up a building is going to look at this and say : ‘Oh, yes, that’s what we want,'” Green added.

“Increasingly, they are turning to weapons that do not mesh well with the sophisticated systems and weapons that Ukraine has access to…we are seeing more and more examples of leaked or overheard conversations between soldiers, which makes it clear that they’re tired of not having sophisticated weapons.”

Russian military producers may struggle to cope with international sanctions.

An August report from the Royal United Services Institute – based on analysis of 27 Russian systems captured in Ukraine – found 450 unique components designed and manufactured outside of Russia. Replacing them with indigenous alternatives, RUSI said, is “unsustainable”.

Among the systems dependent on foreign technology are Iskander cruise missiles, Orlan-10 drones and several radios, RUSI said. Other reports have found French components in the vaunted Russian T-90 tanks operating in Ukraine.

“The sanctions, along with the number of multinational companies that have fled or closed in Russia, make it difficult for Russia to get the parts it needs for many of its weapons systems,” Green said.

“It’s not impossible, but it certainly makes them more expensive and cumbersome for them.” The brain drain, Green also said, “is going to weigh on their economy for a long time.”

The sanctions mean that Russia will also struggle to replace its most advanced weapons. “The factory that produces Kalibr missiles, for example, effectively stopped acceptance sampling during quality control of the parts and components it receives because too many items were being rejected as defective,” a source said. familiar with the industry, who spoke on condition of anonymity, said.

“Usual protocol dictates that any material for military requirements would require a higher quality, no less than military standard. So what this means in practice is that by lowering the standard of acceptance, the government has basically removed effective quality controls for parts from the military-industrial sector.

“At this rate, missiles will not only hit the wrong targets, but will start exploding in warehouses,” the source said, adding that similar changes appear to be happening at other factories.

The Russian Foreign Ministry has been contacted for comment.

Even before Putin ordered his final invasion of Ukraine in February, the picture was “bleak” for Russia’s arms export industry, according to Siemon Wezeman, a senior fellow at the International Peace of Stockholm.

Two of Moscow’s biggest historical customers, China and India, have invested huge sums in developing their own military industries in recent decades, moving away from dependence on foreign powers that could undermine national security and politically constrain the two giants.

This shift partly explains why total annual Russian arms exports more than halved between 2017 and 2021, according to the latest SIPRI data. Although Russia remains the world’s second-largest military exporter behind the United States, Wezeman said that might not last very long.

“Probably in the future we will see more of a drop,” Wezeman predicted. “It is very difficult to see where they will get the exports from,” he added, noting that Moscow was struggling to compete with export rivals like the United States, China, France and South Korea.

“It looks pretty bleak for Russians,” Wezeman said. “I wouldn’t be surprised if in five, six, seven years they were kicked out of second place by the French.”

But Russian weapons continue to inflict serious casualties and damage in Ukraine.

“Russian weapons still work well, they are still capable weapons,” Wezeman said. “But when you buy weapons today, you’re looking at things that will last 10 to 50 years… There’s a bit of fear that Russia won’t be able to deliver. And that’s largely based on the fact that Russia’s defense budget – the whole economy – is not that big.”

Russia and the users of its military exports will conduct extensive after-action investigations in the months and years to come.

Retired Major General Ashok Kumar, an Indian defense analyst, said Newsweek it is too early for the Indian government to change its procurement strategy.

“Once the war is over and its lessons are fully absorbed, then what will be the deductions to the national interest? I think it will chart its own course,” he said. “India as a country remains independent from the country in defense procurement.”

“As far as I know, India has not raised any issues regarding the quality of Russian equipment so far.” Kumar added that India will continue to move away from foreign dependency especially if foreign partners cannot offer high-tech equipment.

Moscow will do all it can to protect its military exports, even under pressure to replace destroyed equipment in Ukraine.

“We’re in a state right now where it’s more difficult to predict the real impact of sanctions on Russia or its exports,” said Samuel Bendett, deputy senior fellow at the Center for a New American Security and adviser to the CNA. Told Newsweek.

It is very unlikely, he said, that Russia will cancel its exports to countries like Algeria, Vietnam or India because it has to redirect resources to war efforts, suggesting that it would be a “geopolitical disaster”.

“In a way, Russia will lose some share,” Bendett said. “In another sense, I think that Russia will maintain its share, because losing it is not an option for the Russian defense industry, for its military industrial sector and for the government, where contacts between the military and the military technical cooperation are essential and a very central part of its foreign policy.”

“We shouldn’t necessarily anticipate that the Russian military export market will shrink significantly because of the revenue it brings to Russia, because of what that means for building their relationships around the world. “

Western revulsion at Russia’s invasion of Ukraine is not universally shared. “These will always be countries that see Russia’s war in Ukraine as resistance and the beginning of the end of American hegemony,” Bendett said. Russia’s aim to play a decisive role in a more multipolar world will encourage more arms sales and deeper relationships abroad.

If nothing else, foreign nations know that Russia has a large inventory. “Russia has telegraphed the world that it has the full range of weapons at its disposal in Ukraine,” Bendett noted.

Russia’s “legacy” customers, its remaining allies, and war-neutral countries will likely continue to trade even if it means doing so on the black market.

But others might now think twice: Recent high-profile order cancellations, notably by India and the Philippines, are sure to ring alarm bells in Moscow.