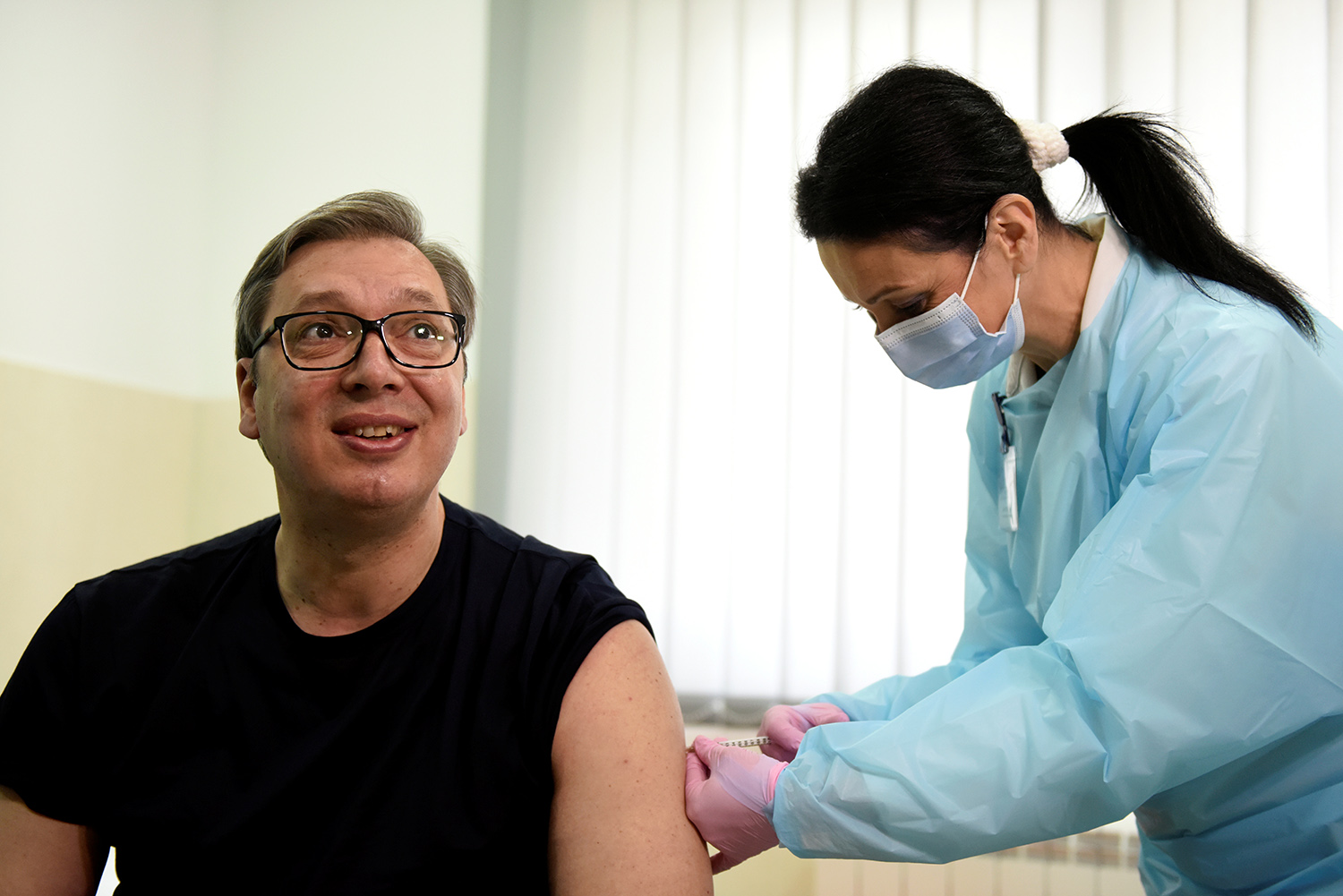 Eleven days after COVID-19 was declared a global pandemic, viewers in Serbia were treated to an extraordinary spectacle. The country’s president, Aleksandar VuÄiÄ‡, kissed the Chinese national flag as Chinese medical equipment, personal protective equipment (PPE) and medical personnel disembarked in Belgrade on March 22, 2020. Overnight, signs poster popped up in the Serbian capital with the Chinese president and the caption “Thank you, Brother Xi.”

What appeared to be a prime example of Chinese diplomacy against COVID-19 was built on flourishing economic and diplomatic relations between Beijing and Belgrade, a true pillar of China’s 17 + 1 initiative in Central and Eastern Europe as well. than in the Balkans. After the medical transport, China funded a network of laboratories to perform coronavirus tests. In mid-January, another plane delivered a million-dose batch of Chinese Sinopharm vaccine. VuÄiÄ‡ showed up at the airport again to enjoy the glory of the moment.

Six months later, the narrative has changed. It is no longer a question of China boxing the West in the Balkans but of Serbia’s ability to strike above its weight. Serbian authorities have made impressive progress in vaccinating their citizens and using vaccines as a diplomatic tool:

In short, Belgrade seized the momentum at a time when the COVAX cooperative program led by the World Health Organization proved to be woefully slow to get hold of vaccines and European Union member states were busy taking it. care for their own citizens.

China is part of Serbia’s success, but not the whole story. The deployment of Sinopharm, from January 2021, has added to Belgrade’s vaccine arsenal. VuÄiÄ‡ received the Chinese blow in front of television cameras in a remote village in eastern Serbia. The government has launched plans to produce Sinopharm locally in partnership with the United Arab Emirates.

Serbia, however, did not put all of its eggs in one basket. In fact, Serbia had already received its first delivery of Pfizer vaccines in December 2020, and Prime Minister Ana BrnabiÄ‡ received the blow by then, long before most other European leaders. The Russian Sputnik V vaccine arrived in January; later, in early June, the Belgrade-based Torlak Institute became the first facility outside the Russian Federation to produce it. The Serbian shipment of AstraZeneca vaccines arrived in February. Serbia has taken vaccines from all sources – China, Russia and Western companies – and made the most of the stocks it has built up.

This response to COVID-19 provides an unparalleled illustration of Serbian foreign policy. VuÄiÄ‡ is not interested in siding with China or the West, especially as the competition for power between Beijing and Washington intensifies. He believes that Serbia’s interests and his personal agenda are best served by being open to doing business with everyone. The posture reflects Belgrade’s long-standing balance between the EU and the US on the one hand, and Russia on the other. “Sit[ting] on two chairs â€, is how the American diplomat Brian Hoyt Yee described Serbia in 2017.

The power of flexibility

In the case of Serbia, its vaccine diplomacy proves that flexibility works. Serbia has done much better to vaccinate its citizens than its pro-Western neighbors such as North Macedonia and Montenegro, both NATO members. VuÄiÄ‡ also won praise across the region.

There’s a good chance he’ll do even more of these multivector stunts in the future, whether it’s playing rival powers against each other or selling to the highest bidder. Ultimately, VuÄiÄ‡ will take full credit for the EU’s economic aid to Serbia, while his loyal media will continue to sing the praises of Xi Jinping. Titoism has never gone out of fashion in this corner of Europe.

While Chinese vaccines and PPE diplomacy has scored some points in the Balkans, it was local players like Serbian VuÄiÄ‡ who absolutely stole the show.

Dimitar Bechev is a non-resident senior researcher at the European Center of the Atlantic Council. Follow him on Twitter @DimitarBechev. 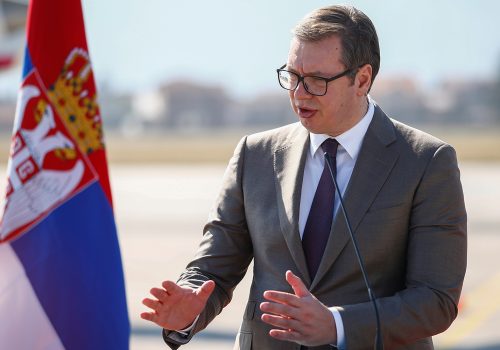 Serbia is at an inflection point as it faces a global pandemic and navigates its place in Europe and the Euro-Atlantic community going forward. Serbian President Aleksandar VuÄiÄ‡ joined the Atlantic Council to discuss how Serbia fits into a whole, free and peaceful Europe.