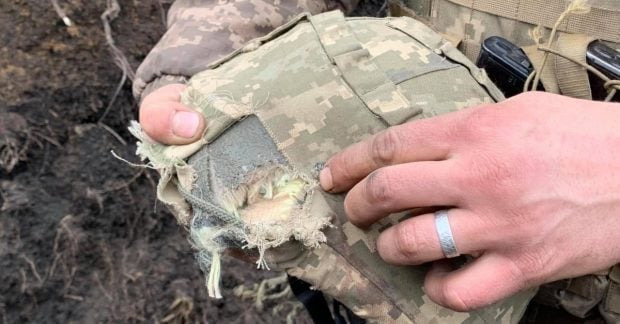 A total of 70% of respondents cited the reluctance of the Russian authorities to end the conflict as the main obstacle on the road to peace in the region.

Some 64% of Ukrainians think there is an ongoing war in the Donbass between Ukraine and the Russian Federation, according to the latest poll.

The survey was conducted by the Ukrainian Institute for the Future (UIF) with the help of the New Image Marketing group, presented at a press conference in Kyiv on Wednesday, a UNIAN correspondent reported.

Read alsoUkraine ready for war, but will not stop fighting for peace in Donbass through diplomacy – ZelenskyUIF chief executive Vadym Denisenko said the poll was conducted amid the latest escalation in eastern Ukraine. He noted that over the past two months, when the active phase of military escalation and information had begun, “with his actions, Vladimir Putin, in addition to all the negative things he did to us , also did something really positive – a lot more people began to clearly understand and clearly realize that everything happening in the Donbass is, first of all, a war between Ukraine and the Russian Federation Russia, or between Ukraine and Russian puppets.

Respondents from western Ukraine gave this answer more often than others (77% vs. 64% overall), from the east and south – less often than others (47% each vs. 64% overall) . Respondents from the east and south were somewhat more likely than others to mention that, according to their personal interpretation, an armed conflict is taking place in the east between the authorities of Ukraine and the self-declared republics (“LPR/ DPR”) supported by the Russian authorities – 24% and 25%, respectively, compared to 17% overall.

In addition, 70% of respondents cited the reluctance of the Russian authorities to end the conflict as the main obstacle on the road to peace in the region.

*** The survey was conducted in April. Some 1,148 respondents aged 18 and over participated in an online survey on an interactive structured questionnaire in all regions except the temporarily occupied territories of Crimea and Donbass. The margin of error does not exceed 3.5%.