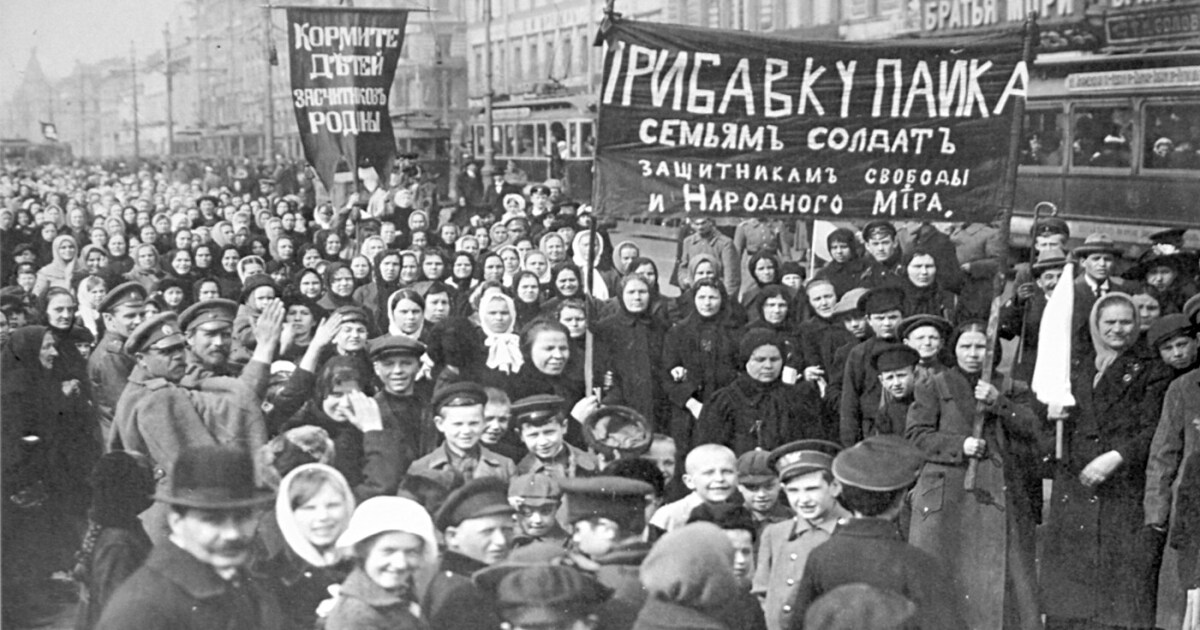 Women played a central role in the Russian Revolution, but their importance was largely erased from history after the Bolsheviks seized power.

“Women took to the streets on International Women’s Day to protest. And that actually sparked the Russian Revolution which led to the overthrow of Tsar Nicholas II,” Ruthchild told KGOU’s World Views.

Much of Ruthchild’s research focuses on the women’s movement in Russia and the Soviet Union, and she wrote the book Equality and Revolution: Women’s Rights in the Russian Empire, 1905-1917.

Ruthchild says 35,000 to 40,000 women and men marched on February 23, 1917 as part of International Women’s Day. The provisional government in the first days after the revolution agreed to give women the right to vote, in part because of women’s participation in the protest.

“Russian women got the right to vote in 1917 and Russia was the first major power to grant women the right to vote. American women didn’t get the right to vote until 1920,” Ruthchild said. “There were women of the suffragists in the United States who demonstrated outside the gates of the White House saying that Russia is free and it is not.”

Ruthchild says that Vladimir Lenin and his wife, Nadezhda Krupskaya, were very interested in women’s liberation. Lenin issued several proclamations, including equal pay and the ability for parents to choose either surname for their children. He also proclaimed paid maternity leave and he decriminalized homosexuality.

“But as they soon learned, it’s one thing to make proclamations and it’s another to actually change behavior,” Ruthchild said.

Throughout the Soviet period, there were periods of support for women and periods when that support declined. Ruthchild says Soviet rule under Joseph Stalin brought a more traditional view of women. Leonid Brezhnev encouraged an open discussion about what the role of women should be. Mikhail Gorbachev spoke more about the importance of housewives and as mothers.

“Part of it has to do with the demographic crisis that the Soviets were going through back when they had a very low birth rate,” Ruthchild said.

Russian women faced a double burden. They were able to participate in the labor market and earn a living, but they still had the responsibility of childcare and meal preparation.

Ruthchild says there are clear differences between the Western women’s liberation movement and that of Russia. In the West, the movement was more popular. In the Soviet Union and in the countries of the socialist bloc, it was state policy.

“You could almost say it was imposed from above,” Ruthchild said. “Given these structural issues, given the double burden, it’s led many women to be more accepting of this notion of coming home, moving away from the paid workforce.”

During the post-Soviet economic downturn, women were often the first to be laid off.

“When they were to be hired, the advertisements said things like ‘Women should be unapologetic’, which meant you would sleep with your boss. It was almost a requirement,” Ruthchild said. had a true entrenchment at that time and you have a true entrenchment to this day.”

KGOU and Views of the world rely on voluntary contributions from readers and listeners to further its public service mission with internationally-focused reporting for Oklahoma and beyond. To contribute to our efforts, make your donation in lineor contact our Membership department.