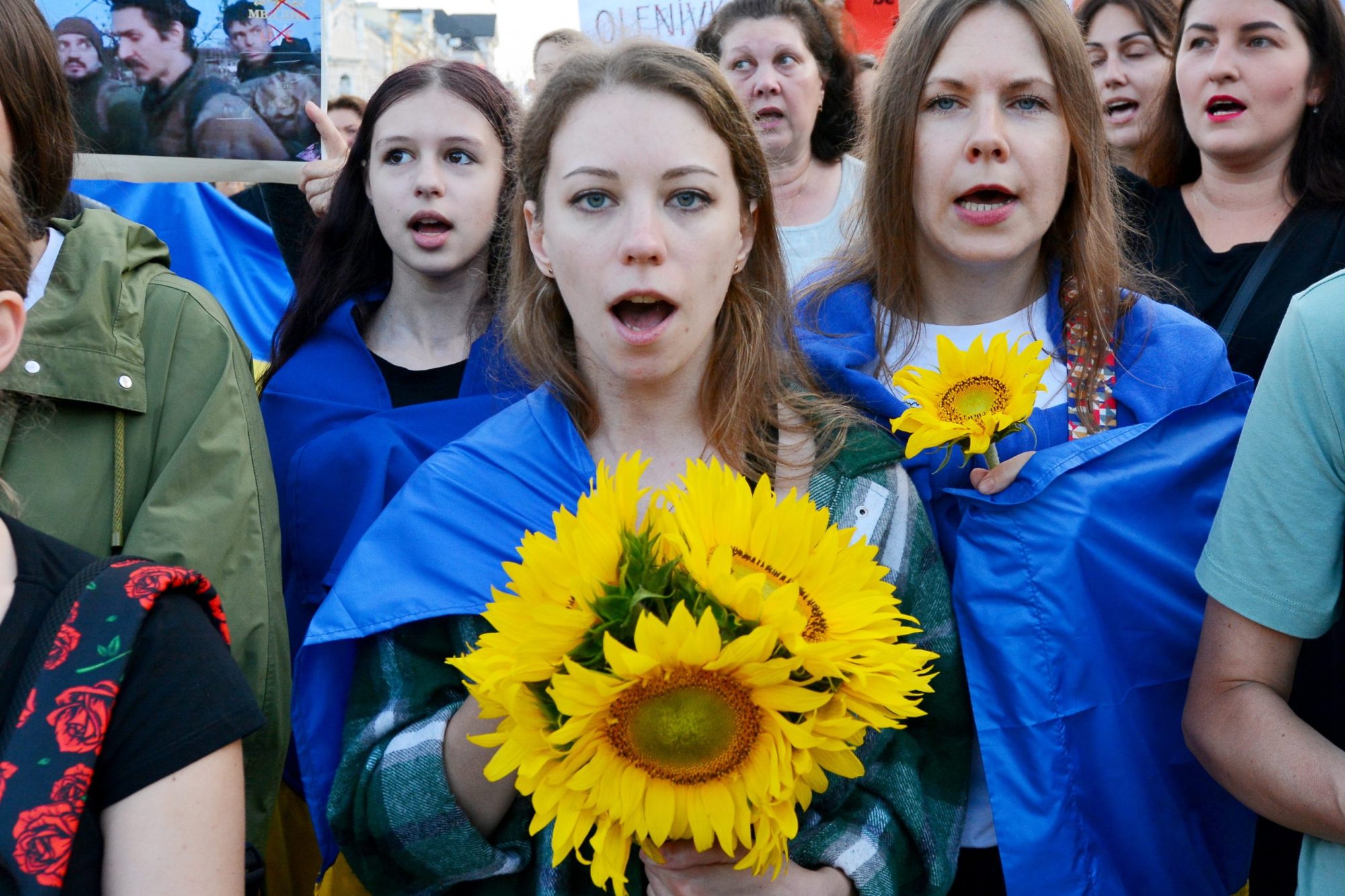 When Russia launched its full-scale invasion of Ukraine on February 24, analysts around the world predicted the country would fall within days. Almost six months later, the Ukrainian people remain united in their resistance to Putin’s war, with Ukrainian youth at the forefront.

The remarkable resilience of the Ukrainian nation has shocked and impressed many observers around the world. But those of us who live and work in Ukraine are not so surprised. As the conflict approaches six months, it is important to understand that a war aimed at crushing Ukrainian independence has in fact resulted in a stronger and more unifying Ukrainian identity centered on the principles of freedom and democracy. This is best illustrated by the mood of young Ukrainians.

As the world watches the Russian invasion of Ukraine unfold, UkraineAlert delivers the best Atlantic Council expert advice and analysis on Ukraine twice a week straight to your inbox.

The Russian war is not the first time that Ukraine’s emerging post-Soviet generation has taken up the challenge of resisting a return to authoritarianism. In 2004, when widespread voter fraud in the country’s presidential election seemed poised to destroy the hard-won freedoms and nascent democratic values ​​of independent Ukraine, young Ukrainians were among the key organizers of the Orange Revolution.

Ten years later, Ukrainian youth seized the opportunity again, but this time as the leader of the Euromaidan revolution following the decision of the Ukrainian government, supported by the Kremlin, to reject an association agreement with the European Union. As the Russian Federation now seeks to strip Ukraine of its sovereignty, we once again see Ukrainian youth at the center of the struggle for the future of their country.

This young generation of Ukrainians born after the collapse of the USSR are leading positive change on many fronts, including the military and civil society. Several thousand people are currently serving in the Ukrainian Armed Forces. As the war rages around them, young Ukrainians are also volunteering in large numbers to distribute humanitarian aid through digital platforms like SpivDiia that match people’s needs with the resources of businesses and individuals.

Young Ukrainians in government design cutting-edge solutions to meet emergency wartime needs. Young journalists are risking their lives to provide accurate information and document Russian war crimes. Many of these journalists have recently been recognized for their professional achievements, including Ukrainska Pravda editor-in-chief Sevgil Hayretdın Qızı Musaieva, who was named this year by Time Magazine as one of the 100 most influential people in the world.

Another example is Mykhailo Fedorov. The 31-year-old Minister of Digital Transformation, the youngest member of Ukraine’s cabinet, rallied the Ukrainian IT community and lobbied international tech companies to support Ukraine in the hybrid digital war against Russia. He is also behind the wartime adaptation of a government app that provides social benefits to millions of internally displaced people who have lost their jobs due to war. Deputy Health Minister Mariia Karchevych is another senior official under 35 who coordinates the flow of humanitarian aid throughout the country.

In addition to meeting the country’s wartime needs, young Ukrainians are also on the front line in the fight against Russian propaganda. From the first days of the invasion, many professional and popular initiatives emerged to denounce the Kremlin’s disinformation campaigns.

In the months and years to come, young people will remain on the Ukrainian front line, literally and figuratively. They will have to play a vital role in Ukraine’s post-war reconstruction, helping to shape important initiatives such as youth-friendly mental health services and educational efforts to address learning disruptions in times of war.

As the world celebrates International Youth Day on August 12, it is important that we recognize the contributions of young Ukrainians in government and civil society as well as in the military. And as national and international stakeholders seek to rebuild Ukraine, it is also crucial that we continue to support, listen to and engage this younger generation to ensure they remain at the heart of the post-war recovery process. .

Ukraine’s resilient response to Russian aggression highlights the country’s commitment to democratic values ​​and active citizen participation. This reflects a remarkable willingness to take personal responsibility for the country’s future. Amid the horrific destruction of the Russian invasion, young Ukrainians are playing a crucial role in cementing an even stronger sense of national identity. This victory is as strategically important as any military success for the future of the Ukrainian state.

Mehri Druckman is IREX’s National Director for Ukraine and Party Leader for the USAID-funded Ukraine National Identity Through Youth (UNITY) program. SpivDiia is an IREX beneficiary.

The Eurasia Center mission is to strengthen transatlantic cooperation in promoting stability, democratic values ​​and prosperity in Eurasia, from Eastern Europe and Turkey in the West to the Caucasus, Russia and the Central Asia to the East.

Follow us on social networks
and support our work

Image: A young Ukrainian woman pictured during a demonstration in support of Ukrainian soldiers tortured by the Russian military. (Photo by Aleksandr Gusev/SOPA Images/Sipa USA)