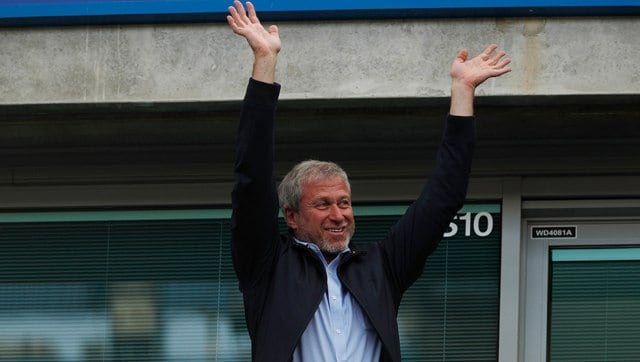 Following Newcastle United’s sale to a Saudi-backed consortium, here’s a look at other clubs that have enjoyed a meteoric rise following wealthy owner takeovers:

London: The sale of Newcastle United to a Saudi-backed consortium was finally completed on Thursday – a deal that could turn the long-time underachievers into a major Premier League powerhouse.

AFP Sport looks at other clubs that have seen a meteoric rise after takeovers by wealthy owners:

Paris Saint-Germain had only won two French league titles before Qatar Sports Investments took over in 2011.

Since then, they have become the undisputed kings of French football, winning seven of the last nine Ligue 1 titles and scooping domestic cups.

David Beckham, Zlatan Ibrahimovic and Angel Di Maria were among a wave of high profile signings as PSG reshaped French football in their image.

The club surprisingly overturned the established pecking order in Europe when they rewarded Brazilian star Neymar from the traditional Barcelona aristocrats with a record fee of 222 million euros ($257 million) in 2017.

PSG have shown they are established in the new top flight by signing six-time Ballon d’Or winner Lionel Messi this year as their Qatari owners continue their quest to conquer world football.

When Sheikh Mansour’s Abu Dhabi United Group completed its £210m ($286m) takeover of Manchester City in 2008, Mark Hughes was the manager, Brazilian Jo was City’s main striker and Stephen Ireland was presented as the future star of the team.

Stuck in Manchester United’s shadow for decades, City were so tough that Vincent Kompany said the dressing room toilets at their training ground didn’t even have a door.

But the turnaround in the race for the ‘noisy neighbours’ of Alex Ferguson’s nightmares began just hours after the takeover with the shock signing of Brazil star Robinho.

City won the 2011 FA Cup and a year later Sergio Aguero snatched the title from United with their stoppage-time winner against QPR on the final day of the season.

They secured another Premier League title in 2014 as big spending on stars such as Kevin De Bruyne and Raheem Sterling ensured City remained the team to beat.

The appointment of Pep Guardiola in 2016 lifted them to an even higher level and they have won three of the last four Premier League titles, including an unprecedented domestic treble in 2019.

The takeover of Chelsea by Russian oligarch Roman Abramovich for £140million in 2003 sparked a seismic shift in power in the Premier League.

Manchester United and Arsenal were England’s pre-eminent forces, but that changed when, as Gunners vice-chairman David Dein reluctantly recalls, Abramovich “parked his Russian tanks on our lawn and fired tickets at us. of £50”.

Mourinho won the title in his first season, ending Chelsea’s 50-year wait to be crowned kings of English football. They retained the trophy 12 months later.

Carlo Ancelotti delivered more Premier League glory in 2010 and Mourinho came back to claim his third title in 2015 before Antonio Conte claimed the fifth English title of the Abramovich era in 2017.

Abramovich’s holy grail was to lead Chelsea to their first Champions League triumph and his wish came true in 2012 when Chelsea defied all odds to beat Bayern Munich.

The Blues won a second Continental crown in 2021 by beating fellow big spenders Manchester City in the final.

Fulfilling a childhood dream, Jack Walker’s vast investment transformed unglamorous Blackburn from a relic of the past into English champions.

The club was in the lower end of the second tier when local millionaire Walker became the majority owner of his boyhood club after selling his steel business.

Blackburn hadn’t won a major trophy since the 1928 FA Cup, but Walker brought in Kenny Dalglish as manager in 1991 and together they put Ewood Park back on the map.

Rovers were promoted in 1992 and Walker’s lavish spending made them a Premier League force.

They splashed an English record £3.6million to beat Manchester United to sign Southampton striker Alan Shearer and in 1995 Shearer’s goals helped Blackburn win the title for the first time in 81 years.

It was the culmination of Walker’s ambitious dream, but they could not sustain that success and were relegated in 1999, a year before their benefactor died.