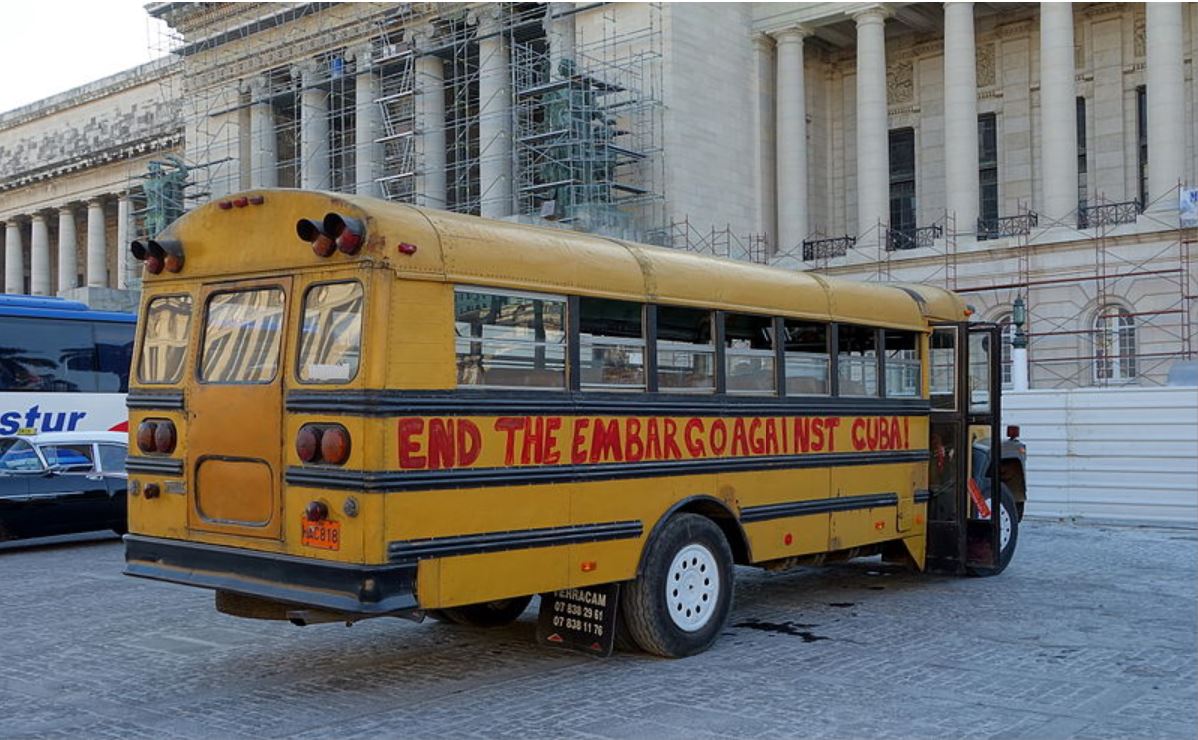 SYRACUSE, New York – For decades, Cuba was held back by a trade embargo from the United States. However, there is renewed optimism that relations between the two countries can improve. A bipartisan group of senators presented the Freedom to export to Cuba Law, which will lift the embargo and provide more opportunities for the Cuban people. This law also presents a new market for American companies.

History of relations between the United States and Cuba

Following the rise of Fidel Castro, Cuba nationalized the companies. This ultimately led the United States to retaliate by banning trade with Cuba. During the Cold War, this reaction from the United States caused Cuba to turn to the USSR. This further fueled tensions between the United States and Cuba. Then, after the collapse of the Soviet Union, Cuba experienced a particularly difficult time, but restrictions on trade and travel remained in place.

President Obama has begun to ease restrictions and usher in the “Cuban Thaw,” a period of engagement between the two nations that has seen more cooperation and progress in two years than in the previous 50 years. However, once the Trump administration took office, many economic sanctions were reinstated. Cuba has again turned to countries that are not aligned with the United States, including China, Russia and Venezuela.

How the embargo harms Cuba

Since the 1960s, the United States has imposed restrictions on travel and trade in Cuba. These restrictions severely limit Cuba’s ability to access essential goods and products. Exporting the country’s own goods is also a challenge. During the embargo, Cuba lost more than 90% of its trading partners. While there are generous social programs that help the poor, including government-provided health care, there is not much infrastructure or opportunities for socio-economic advancement.

In addition, younger and more educated Cubans are more likely to want to leave the country. As a result, the remaining population becomes increasingly impoverished and elderly. In the aftermath of COVID-19, Cuba suffered its worst food shortages in 25 years. In addition, its economy has shrunk by more than 10%. Getting out of poverty is difficult everywhere, but the embargo adds another obstacle for Cuban citizens. Ultimately, this also limits economic growth.

How lifting the embargo will help Cuba

The law on the freedom to export to Cuba will improve the standard of living in Cuba, so that people can survive and prosper. Almost half of the Cuban workforce belongs to the middle class, but the worker’s net salary is about $ 20 per month. In addition, the technological infrastructure in Cuba is poor and there is little Internet access throughout the country. Cuba needs basic necessities deprived of them by the blockade, such as incubators to treat sick infants and modern engine parts that help prevent plane crashes.

How lifting the embargo will help the United States

The law on the freedom to export to Cuba receives broad support from members of all parties. Not only will this help Cuban citizens, but it will also help American industry and create jobs. Senator Amy Klobuchar (D-Minn.) Helped introduce this legislation. Senator Klobuchar said in a press release that lifting the embargo will provide opportunities to rebuild the U.S. economy after COVID-19 and provide a large export market.

Cuba depends on imported food to feed nearly 11 million people. Therefore, it is a natural destination for American farmers to export crops to, including soybeans, wheat, rice, and corn. According to the United States International Trade Commission, exports of these crops could increase 166% to around $ 800 million over a five-year period. In addition, doing business and expanding U.S. relations with the neighboring island nation 90 miles off the coast of Florida supports strategic interests. Cuba will continue to depend on China, Russia and other countries if the United States puts the nation aside.

Another co-sponsor of the law, Sen. Jerry Moran (R-Kan.) Reported that the trade embargo prevents American farmers, ranchers and manufacturers from selling products, while competitors from other countries in benefit at the expense of the United States. The law on the freedom to export to Cuba will increase opportunities for American producers and provide equal market competition with other countries.