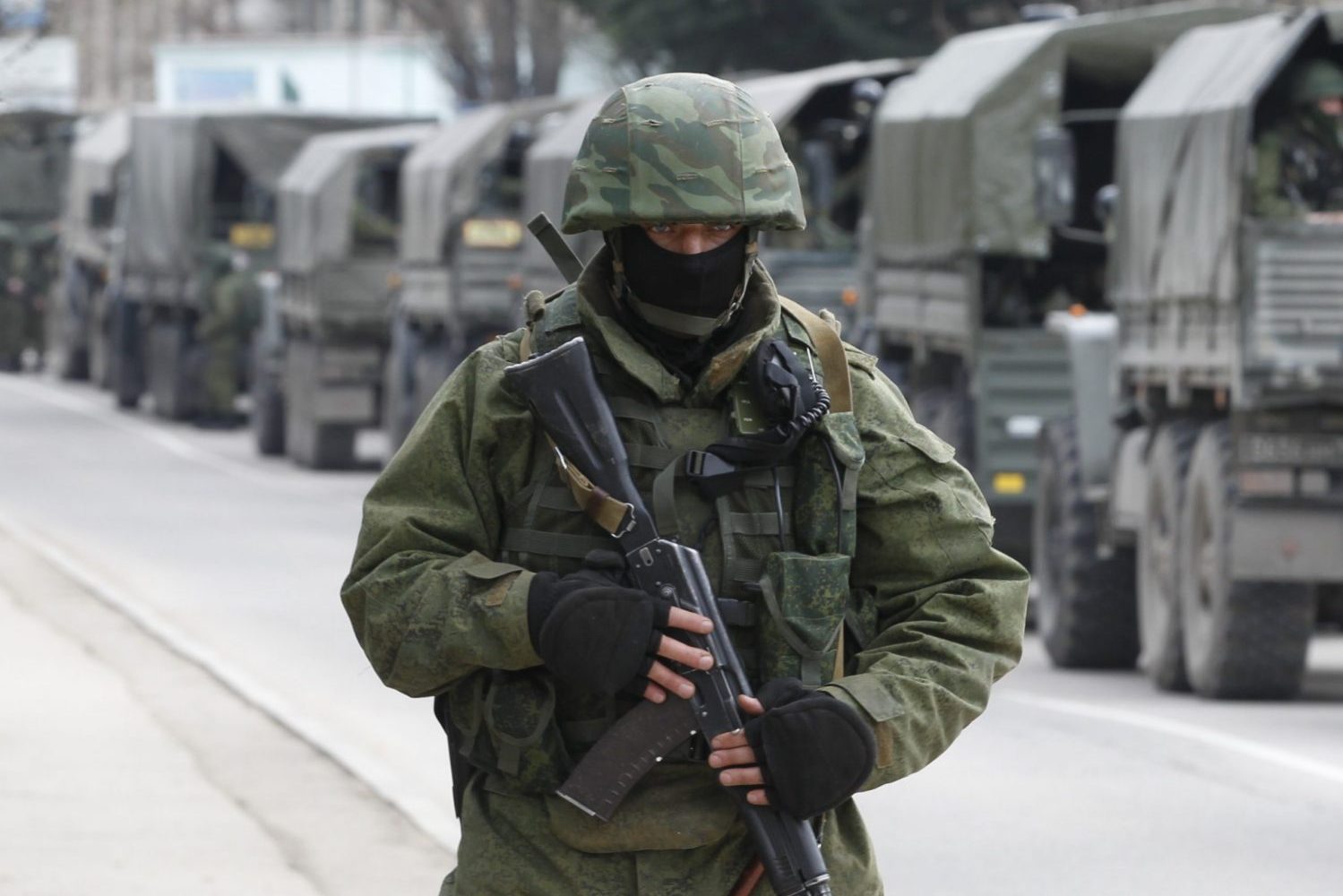 Coronavirus must not distract the world from Russia’s Ukraine war

The coronavirus crisis has been described in some quarters as the biggest global emergency since World War II. The fight against the pandemic is certainly proving to be unprecedented in terms of scale and impact, with entire nations now stranded and entire economies coming to a halt. Naturally, this is making headlines and worrying governments around the world. Nonetheless, as attention turns to containment of the coronavirus, it would be dangerous to lose sight of other threats to international security.

For the past six years, Ukraine has been at the forefront of a struggle between democracy and authoritarianism that promises to shape the future of the world for decades to come. Despite the shocks of the coronavirus epidemic, the Russian Federation’s hybrid war against Ukraine continues. It has already claimed more than fourteen thousand deaths and transformed the geopolitical climate, but the outcome is still uncertain. Ukraine’s fragile progress must now be jealously guarded in order to prevent the Kremlin from using the country as a springboard for further destabilization of democratic institutions and international law.

Even in these uncertain times, there is little doubt that the coronavirus crisis will eventually pass. However, once the crisis is over, the threat from Moscow will persist. Russia today is in many ways a replica of the Soviet Union, with an aging ruler who seems determined to stay in power until his death. Sadly, many figures in the democratic world seem to deny the dangers posed by Putin’s revisionist and highly militarized regime. It is not a coincidence. While the Soviet politburo has openly positioned itself as an enemy of Western civilization, Putin has surprisingly managed to fool many Western leaders into seeing modern Russia as a difficult partner rather than an open adversary. Such misconceptions make the democratic world vulnerable and must be tackled.

UkraineAlert is a comprehensive online publication that regularly provides news and analysis on the development of politics, economy, civil society and culture in Ukraine.

We must be very clear that there can be no successful Europe without a strong and independent Ukraine. We must also recognize that resisting aggression from Moscow is not about defending Ukraine; it is about defending Western values. We have to recognize that Moscow is not just targeting Ukraine; it collectively targets Western democracies, as well as the entire post-1991 international status quo, which Moscow regards as a historic injustice.

The Kremlin will only stop if it is stopped. If the international community abandons Ukraine, the Baltic states, Poland, Italy, Austria and other EU countries will be next on the list. The main international institutions, in particular the European Union and NATO, will be even more threatened.

Moscow’s efforts to undermine the dominant international order have become increasingly visible since 2014 and the start of Russian aggression in Ukraine. These efforts have been hybrid in nature, encompassing everything from cyber attacks and disinformation campaigns to political assassinations and the deployment of non-state military forces offering fragile but plausible denial.

From the start, Ukraine has remained at the heart of this global campaign. As the Kremlin’s foreign policy priority, it served as the most active front and functioned as a testing ground for hybrid tactics unleashed later at the international level. Moscow’s goal is to prevent the emergence of a free and democratic Ukraine that could serve as an inspiration for similar changes within Russia itself.

Since the Dignity Revolution of 2014, Ukrainians have paid a tragically high price for the country’s willingness to shake off the yoke of Moscow. During six years of struggle, we began to transform the country in accordance with the best practices of the world’s most prosperous democracies and in accordance with the wishes expressed by our citizens. Like other countries that have historically tried to emerge from the trauma of a totalitarian past, we have sought the support of the international community. We are grateful to our Western partners for the help and solidarity they have shown as we try to implement reforms and resist Russian aggression.

Even though it stung at times, I have always personally appreciated it when our Western partners criticized the actions of the government of which I was honored to be a part. With their frankness, they helped us on our path of reforming the post-Soviet wilderness towards membership in the democratic world. This makes the apparent inaction of our Western partners vis-à-vis current developments in Ukraine particularly worrying. The least we can expect would be the same level of deductibility as before. Without it, we could lose Ukraine.

In today’s Ukraine, we are witnessing an alarming decline in democracy. Parliament and the Cabinet of Ministers are becoming mere sub-departments of the President’s Office. There is an obvious dismantling of the independence of the judiciary. Political opponents are being persecuted, with the Attorney General recently dismissed for his refusal to pursue politically motivated cases against former Ukrainian President Petro Poroshenko. Reforms considered essential for Ukraine’s transformation after 2014 are being shelved or canceled. Reforms in healthcare, decentralization and education have come to a standstill or suffered setbacks, while efforts to rebuild the Ukrainian armed forces in line with NATO standards are on hold.

This is unfolding alongside an equally ominous pivot to Russia. The Ukrainian president’s team unveiled in early March its intention to create an advisory council that would include representatives of the so-called “republics” created by the Kremlin in eastern Ukraine. It will certainly not lead to peace. On the contrary, it would be tantamount to implementing the Kremlin scenario and legitimizing Moscow’s efforts to describe the war in Ukraine as a “civil conflict”, while allowing Russia to escape its responsibility as aggressor and to destroy it. ” assume the role of observer and peacemaker. There is no need to recall what the Russian “peacemaking” meant for Transnistria in Moldova, or for Abkhazia and South Ossetia in Georgia. President Zelenskyy’s desire for peace is admirable, but wanting to end the war at all costs is not the hallmark of a statesman. Instead, it suggests a failure to appreciate the true nature of the enemy.

I understand why Ukraine’s international partners could favor any form of compromise with the Kremlin if it offers the promise of a reduction in geopolitical tensions. While I do not want Ukraine to disappear from the international agenda or give up its claims of belonging to the democratic world, I do agree that some Western politicians would prefer it to be so. They may consider it convenient, but it would never be accepted by the majority of Ukrainians. I therefore call on our friends to be as demanding of the current Ukrainian administration as they were of the previous government while maintaining international pressure on Russia. More than ever, we need your support.

Ukraine is currently the border of the Western world. If allowed to fall back into Russian orbit, the Kremlin will attempt to move this civilizational divide further west. By supporting us, you are actually protecting yourself. Denying Russia’s hostile intentions may seem like the easier option, but as the coronavirus emergency has shown, politically convenient denials don’t change reality and usually turn out to be costly. If the international community wishes to prevent the spread of the Russian threat, Putin must be arrested in Ukraine.

Ivanna Klympush-Tsintsadze is chair of the Ukrainian parliamentary committee on integration into the EU. She is the former Deputy Prime Minister of Ukraine for European and Euro-Atlantic Integration (2016-2019).

the Eurasia Center mission is to strengthen transatlantic cooperation by promoting stability, democratic values ​​and prosperity in Eurasia, from Eastern Europe and Turkey in the West to the Caucasus, Russia and Central Asia in the East .

Follow us on social media
and support our work

Image: One of Putin’s ‘Little Green Men’: An unmarked Russian soldier pictured during the seizure of Crimea in spring 2014 which marked the start of Russian military aggression against Ukraine. REUTERS / Baz Ratner

2020-03-30
Previous Post: The Russian Revolution Begins: This Day in History
Next Post: Victory Day and the cult of war in Russia | Story