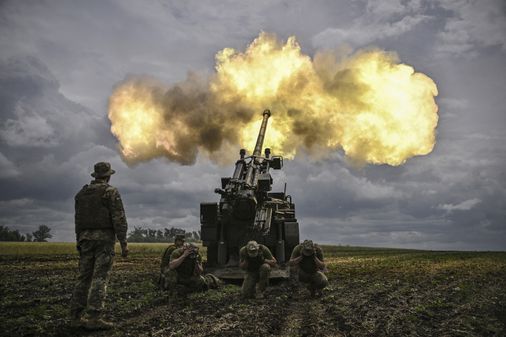 A wishful thinking in the Ukraine-Russia war

No one seems to know who coined the phrase “In war, truth is the first casualty,” attributed to sources as disparate as Greek playwright Aeschylus and isolationist U.S. Senator Hiram Johnson. from California.

Truth is indeed a slippery commodity in times of war, especially during a brutal and prolonged spectacle of horror such as the air, land and sea battles unfolding in Ukraine. Maybe like you, I support Ukraine, which Russian President Vladimir Putin invaded four months ago – but I try not to let my feelings cloud my judgment, because the team you support is not winning. still.

Even – especially – in wartime, there are two sides to every story, as RAND Corporation researcher David Johnson illustrates in an excellent essay on the formation of perceptions in the war in Ukraine. For example, Johnson cites extensive media coverage of a botched river crossing by the Russian military, which reportedly resulted in 485 deaths and huge material losses. Johnson adds that “the Russians did, however, make several successful river crossings. . . . [that] receive little media attention.

Get Weekend Reads from Ideas

A weekly bulletin from the Boston Globe Ideas section, forged at the intersection of “what if” and “why not”.

Johnson suggests that the “struggling Russian army” scenario is “likely the result of a sophisticated Ukrainian information campaign across all media, bolstered by positive stories from journalists whose access is carefully managed by the government. Ukrainian”.

Here are some more examples of wishful thinking regarding this horrible war:

Punishments. Yes, Russia hates sanctions, but it seems to be pushing its way through deprivation, as it has many times before. Remember the 1980 wet noodles, post-Afghan US “grain embargo” directed against the Soviet Union? Why would you?

Just a few weeks ago, Russia was said to be “on the brink of default” due to its inability to service its external debt. Now? A recent report by the Carnegie Endowment for International Peace notes that “only about 10% of total Russian sovereign Eurobonds [are] vulnerable to a “true” defect (i.e., unable to be repaired), which isn’t much. Debt servicing, Carnegie reports, should not be difficult as “Russia also receives large inflows of foreign currency from exports.”

(After this article first appeared, sanctions caused Russia to miss a payment of international obligations, putting it in default with the bondholders.)

Vladimir Poutine. After Russia invaded Ukraine, unsubstantiated reports circulated that Putin was suffering from the effects of cancer treatment or was “shaking uncontrollably” at official meetings. Then, just last week, he was recorded giving a three-hour speech at the St. Petersburg International Economic Forum, “relaxed and smiling frequently,” according to the New York Times.

Could our president do that?

War crimes. In a war where the main objective is to terrorize opposing populations into submission, do you really think that only one side commits war crimes? I do not know. During World War II, ridiculously euphemized as the good war, a country I fervently admire, the United States, committed many documented war crimes.

War is crime, and it must be stopped.

The Russian-Ukrainian war calls for a negotiated settlement, and the inevitably painful peace negotiations should have started weeks ago. But two politicians who have spoken out for peace talks have been roundly denounced – French President Emmanuel Macron derided as a ‘surrender monkey’ and Henry Kissinger slammed for suggesting Ukraine will have to cede territory in hypothetical peace talks.

The war takes a heavy toll on both countries, although Ukraine absorbs far more civilian casualties and economic blows. Russia currently occupies a fifth of Ukraine and has effectively blocked Ukraine’s grain exports, a mainstay of the country’s economy.

Before invading Ukraine, Putin cynically bet that Western Europe would value winter warmth, courtesy of Russian gas exports, more than Ukrainian sovereignty. But a cynical bet is not necessarily a losing bet.

The coin is in the air, and the truth is, we don’t know where it will land.