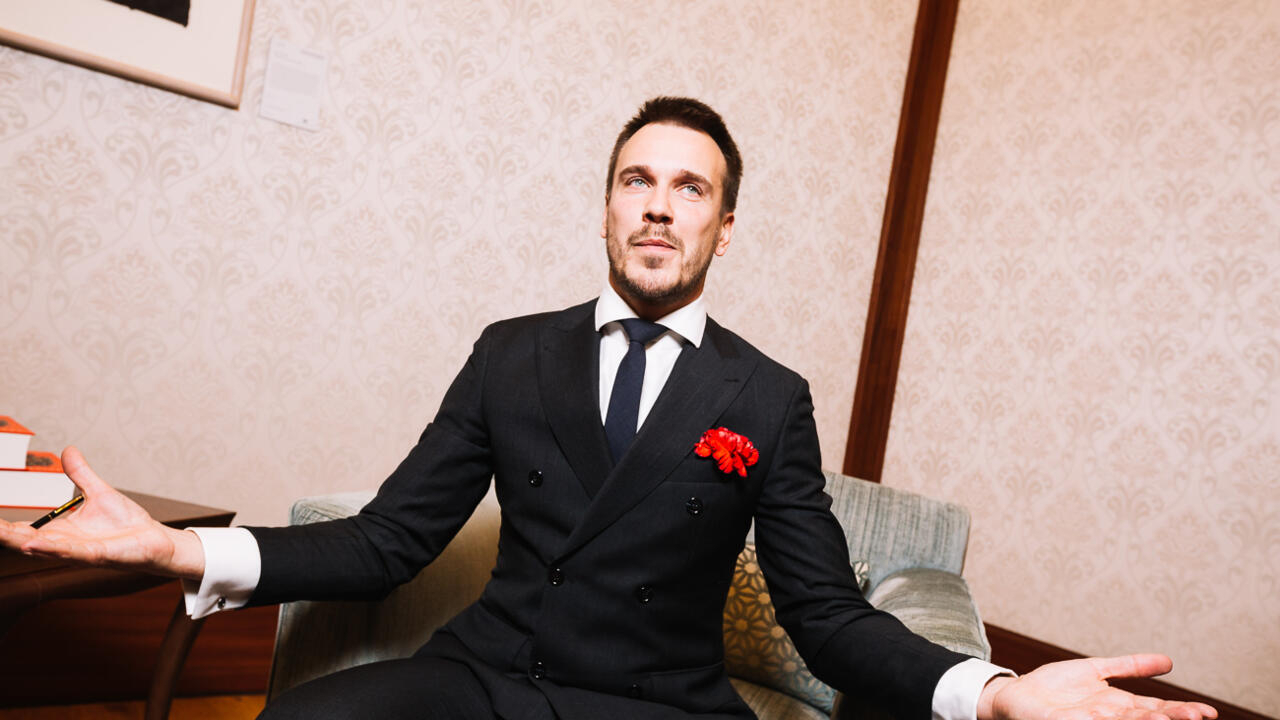 This week, on November 7 (according to the Gregorian calendar*), it is 100 years since Vladimir Lenin and the Bolsheviks revolted against the parliamentary government which, eight months earlier, had overthrown the Tsarist regime.

After a bloody civil war, Lenin and his successor Stalin consolidated the power of their communist party through purges and a regime of terror that claimed millions of lives.

RFI’s Jan van der Made spoke to Michail Zygar, author of a new book The Empire must die, and editor of 1917 Free Interactive Multimedia History Siteabout the last decades of the Russian Empire under the Tsar and those ten days of November that shook the world.

Jan van der Made: Russian President Vladimir Putin doesn’t seem to like commemorating the 1917 revolution too much. There are no official celebrations, just the Communist Party, arguably the true heirs of the revolution, which organizes events. Why is that?

Mikhail Zygar: There have been no such commemorations over the years. The October Revolution is not something to celebrate. The word “celebration” is not appropriate. He could have been commemorated and there is certainly room for wide public debate on this anniversary.

Sometimes you hear people talking about leaving the country, about emigrating, because they are afraid that a kind of purge will happen again.

But we don’t have that kind of discussion. The main reason for this is the decision taken by President Putin last year, during a closed meeting in the Kremlin, according to sources in his entourage, saying that “only the experts”, that is to say historians, should discuss this anniversary, but not civil society.

One of the reasons for this is that for Putin, Russia as an empire is probably a main value. Next year he will be running for re-election as President of Russia, and the greatest achievement of this presidential term is to “make Russia even greater”. Make Russia an empire again.

Many people in this country feel happy and proud of this feeling of patriotism, of Russia as a great power.

The second reason is that the idea of ​​stability is always [a period] enjoyed by the Russian authorities not to discuss a period of instability, the period [in history] when civil society was stronger, the period when, in the first half of that year, democratic values ​​prevailed. After that, the Bolsheviks prevailed and, as Putin said, Lenin was the man who destroyed the Russian Empire and destroyed Russia. He is therefore not a fan of Lenin.

Jan van der Made: The Communist Party is planning activities, so there is still interest?

Mikhail Zygar: This communist party barely exists. It’s a puppet political party, it’s not communist at all, it has nothing to do with any leftist ideology. It is a very conservative party, loyal to President Putin. They only pretend to be communists, and they’re a pretty ridiculous political force, so nobody really cares about them.

Jan van der Made: The Russian revolution at the time set the example for many countries to follow this communist experience. Some still follow him, even today, notably North Korea, Vietnam, Laos, Cuba and, although in a different way, China. Why the communist Soviet Union failed to stay on the path set by the revolution. Why couldn’t he survive?

Mikhail Zygar: After the 1960s, the majority of Russians stopped believing in this communist ideology. And in the mid-1980s, the democratic aspirations of the Russian people[really grew and asserted themselves]. There were protests that culminated in perestroika in the 1980s, when many Russians really wanted democratic reforms.

And the Soviet Union actually collapsed in 1991, after huge protests from residents of major cities in Russia.

Jan van der Made: The Oct. 26 cover of The Economist described Vladimir Putin as “the new czar,” saying he was the most powerful leader since Stalin. Do you agree that Russia has come full circle?

Mikhail Zygar: This is a real exaggeration. Unfortunately, we do not have reliable statistics. Putin’s highest approval rating was 86% a few years ago, and those numbers aren’t believable, so I don’t think that would rank him higher than the Russian Tsar.

This is a very dark description of the political situation in our country. I would compare today’s Russia with the Russian empire before 1917 in another way, because before the revolution there was a huge conflict between Russian civil society and the authorities, between the Russian educated class and Russian bureaucracy. And it is the same conflict that we observe now.

Jan van der Made: What did the 1917 revolution bring to today’s Russia?

Mikhail Zygar: We had two revolutions in 1917. The first [in February] was democratic, the second was a Bolshevik revolution.

The October Revolution, the Bolshevik Revolution was the beginning of a bloody civil war. It was a huge tragedy for the Russian people. It caused a real psychological and historical trauma that still exists, and many people in Russia after all [these years] sometimes seriously fear that these events will happen again.

Sometimes you hear people talking about leaving the country, about emigrating, because they are afraid that a kind of purge will happen again.

This is not the reality we live in today. You cannot compare the Russia of the Bolshevik revolution with the Russia of today. But the psychological trauma still affects our country.

Jan van der Made: You lead the “1917 Free Historymultimedia project, aiming to show people the history of Russia through “those who lived through this defining moment of the 20th century”. What lessons can be learned from this “decisive moment” not only by Russians, but also by people in other countries?

Mikhail Zygar: Probably one of the main missions of our project is to show that history is not defined by the sovereign. It’s not even defined by politicians. It’s usually decided by everyone.

Our project looks like a social network documentary of the world a hundred years ago, and it consists of a lot of diaries and letters and memoirs of people who lived at that time, and it forms a kind of Facebook documentary.

[Through it] we can see that all of these people matter, that the stereotype that people cannot influence their own destiny is wrong. [We see] that everyone is very important, and that it is not only up to the authorities, nor to the leaders, to decide the future of any nation.