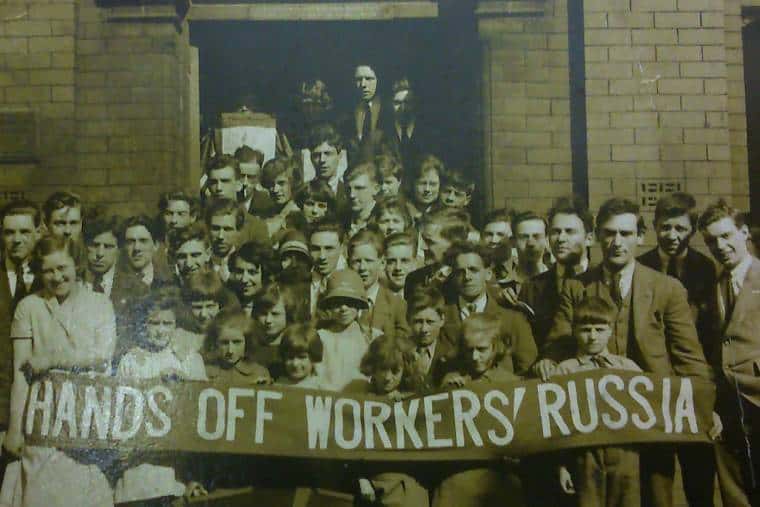 On May 10, 1920, dockworkers working at the East India Docks in east London refused to load munitions intended for used against the Bolsheviks on the ship Jolly George.

The dockworkers threatened to leave if the bosses brought in troops to load the ship. The Jolly George sailed without her deadly cargo on May 15.

This well-known episode of international working class solidarity was not a spontaneous gesture. It was the result of the revolutionary left and others who spent months doing propaganda and street agitation.

In the lead, the Workers’ Socialist Federation (WSF) based in the East End of London. The WSF was led by former suffragist Sylvia Pankhurst and embarked on the “Hands Off Russia” solidarity campaign.

The campaign was organized to oppose the intervention of the British government against the Bolsheviks in Russia. They were determined to crush the Russian workers before their revolution inspires others to rise up.

But as far as the WSF was concerned, Britain and the other capitalist powers were waging a bloody and murderous war against the Russian working class. The person leading the campaign on the ground in the East End was Harry Pollitt. He had worked for a time on the docks, distributing revolutionary literature to his colleagues before being sacked.

Melvina Walker was one of the most important WSF activists working around the docks. A former maid who married a dock worker, Pollitt described Walker as “working like a Trojan horse” for the cause. And Pankhurst said the forgotten revolutionary was “one of London’s most popular outdoor speakers”.

Walker always reminded him of “the French Revolution. I imagined him on the barricades”. 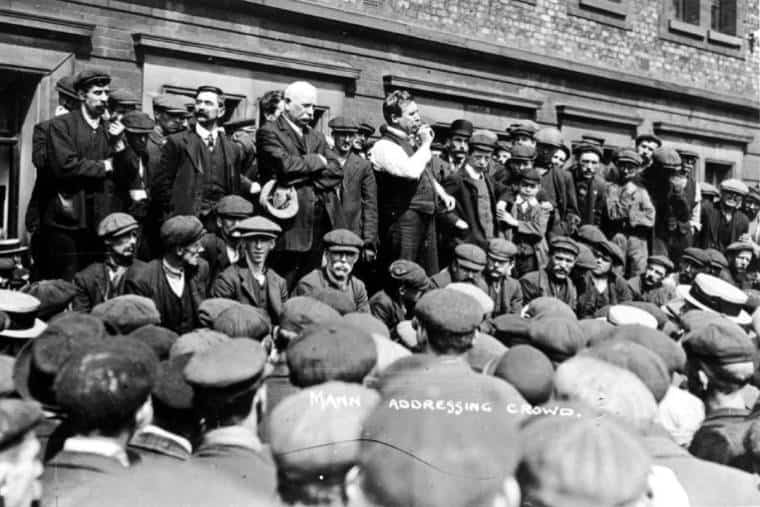 1911 – when the workers took control of Liverpool

David Lloyd George’s Liberal-Conservative coalition government was divided over how to aid the counter-revolutionary White Army. Winston Churchill was in favor of an all-out war to crush the workers state. But others, including Lloyd George himself, feared that a full-scale war would cause revolution in Britain, rather than help prevent it.

The British committed considerable resources to aid the White armies at a cost of around £100 million. The workers blocking the Jolly George gave a big boost to the Hands off Russia campaign. Activists held mass rallies to oppose the intervention in town after town.

This came at the right time, for when the revolutionary Red Army began to gain ground, the British government considered stepping up its counter-revolutionary efforts. This would mean a massive increase in ammo shipped. And the government was seriously considering sending troops to help its Polish allies who had invaded Ukraine.

On August 5, Lloyd George made it clear in public that sending troops was definitely on the cards, prompting massive protests across Britain. Inspired by the episode of Jolly George, activists created 350 local action councils, ready to organize a general strike.

Some 1,000 delegates attended a national conference of these action councils just eight days later. The conference, organized by the leaderships of the TUC and the Labor Party, made it clear that a general strike would be called if troops were sent.

The TUC and Labor leaderships wanted to prevent the mass movement from being led by the revolutionary left. They also feared that the general strike would actually lead to revolution.

The militancy of the workers was such that the government also had no doubt that the threat was real. Lloyd George backed off.

“Hands Off Russia” was the biggest demonstration of international solidarity in the history of the British working class.