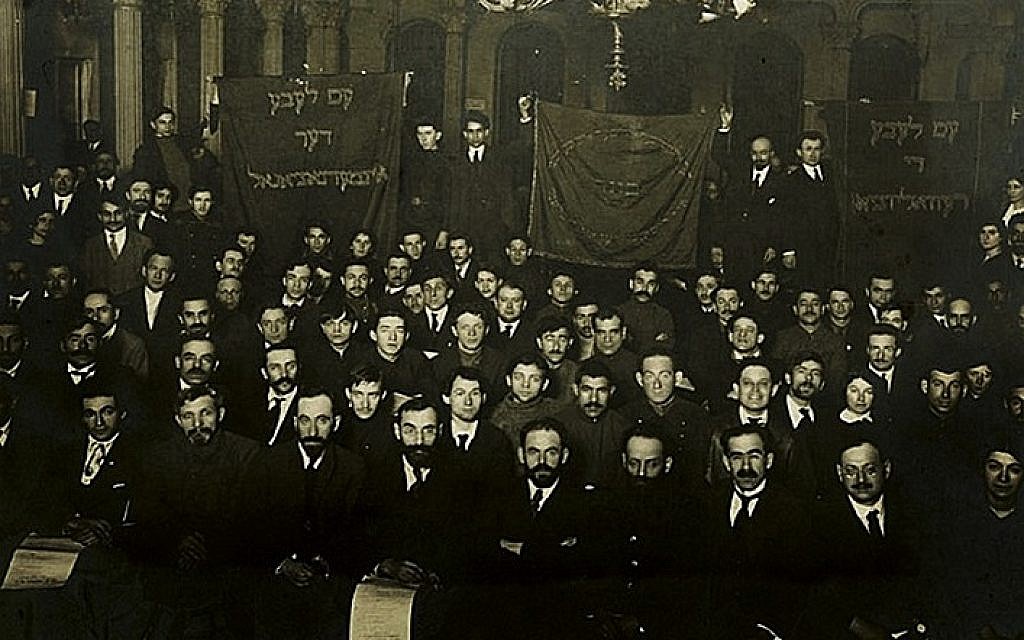 It has now been 100 years since the revolution that overthrew Russian Tsar Nicholas II.

For Jews, the fall of Tsarist Russia meant a new relative freedom: the end of the settlement zone, which had prevented Jews from living in large cities, and the abolition of all other anti-Semitic laws, such as quotas for Jewish children in primary schools and discriminatory military service requirements. Soviet Russia also became the first country in the world to declare anti-Semitism a criminal offence.

But when Communism took hold, it sparked a civil war that resulted in the deaths of tens of thousands of Jews in the bloodiest pogroms the world had seen until the Holocaust.

To commemorate the revolution’s centenary, academic conferences around the world discuss the role Jews played in the uprising and its aftermath — and how they were affected by it.

Here is an overview of some events.

Nicholas II, Russian Prime Minister Pyotr Stolypin and the Jewish delegation during the Tsar’s visit to kyiv in 1911 (Public domain via wikipedia)

Were Ukrainian nationalist leaders responsible for the pogroms that killed tens of thousands of Jews during the Russian Civil War? This topic and others were discussed at a conference on October 15 in Kyiv.

The conference, titled “Ukrainian Jews: Revolution and Post-Revolutionary Modernization,” brought together scholars from Russia, Israel, the United States, Ukraine, Hungary, and Western Europe for presentations on topics ranging of the Jewish Communist Party (Poalei Zion) to the images. synagogues in revolutionary art.

One of the central topics was whether the rulers of Ukraine, which declared itself independent from Soviet Russia between 1917 and 1921, were responsible for the pogroms that resulted in the death of 50,000 to 200,000 Jews – the greatest calamity to strike the Jewish people before the Holocaust. 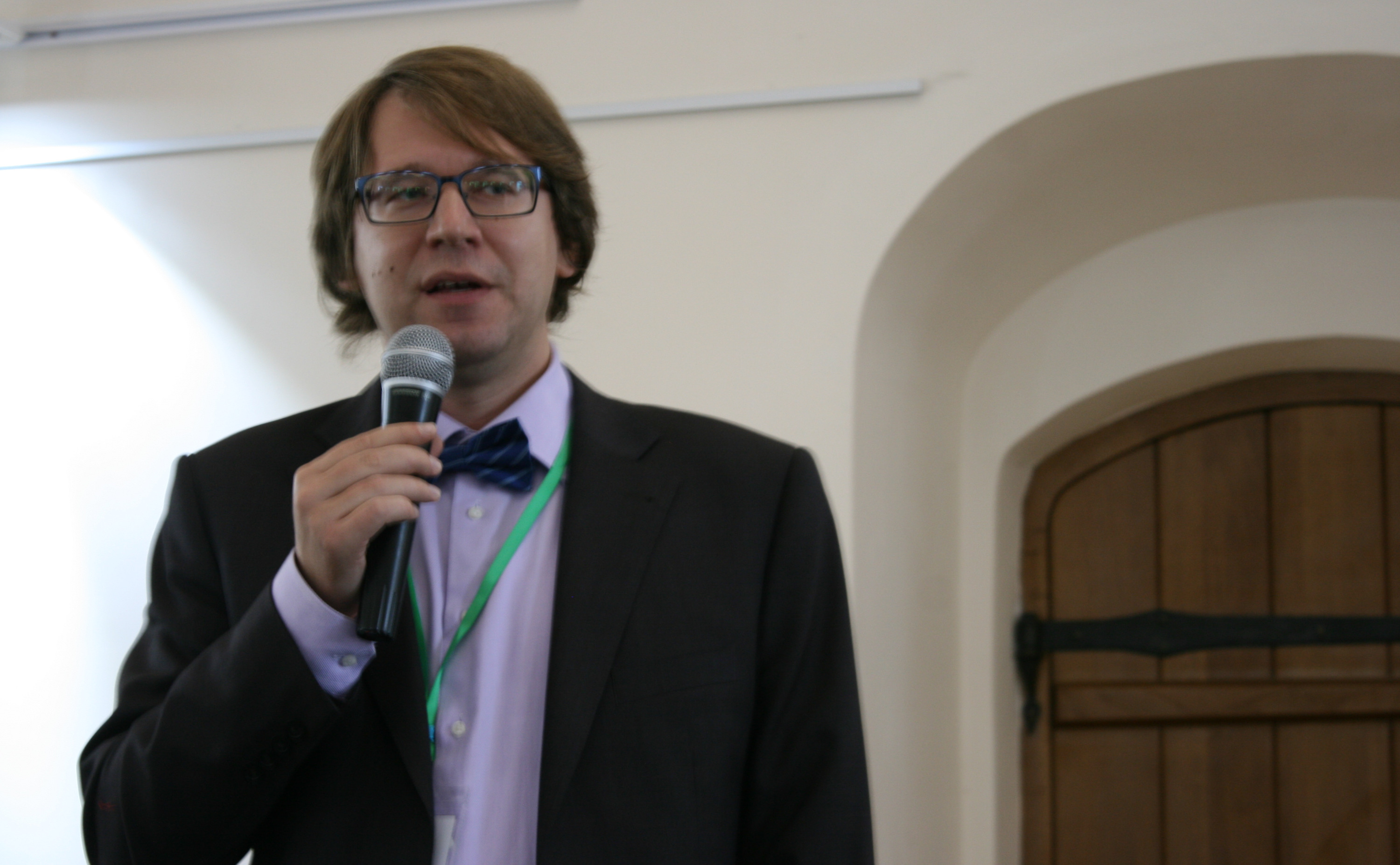 Vitaly Chernoivanenko, president of the Ukrainian Association for Jewish Studies, speaks during a panel during the conference ‘Ukrainian Jews: Revolution and Post-Revolution Modernization’, held in Kyiv, Ukraine, October 15, 2017. ( Vyacheslav Likhachev)

Speaking to The Times of Israel, Vitaly Chernoivanenko, president of the Ukrainian Association for Jewish Studies and one of the conference organizers, said Ukrainian leader Symon Petliura cannot be held responsible for the pogroms.

“Petliura himself did not support the pogroms, but he could not control the situation,” Chernoivanenko said. “Petliura did not control all the territory. I think he would have protected the Jews.

He also said Jews were not the only victims of the pogroms.

“These pogroms were not directed against the Jews. Some people just wanted to loot and loot. Just as the Jews were looted, others were also looted,” he said. 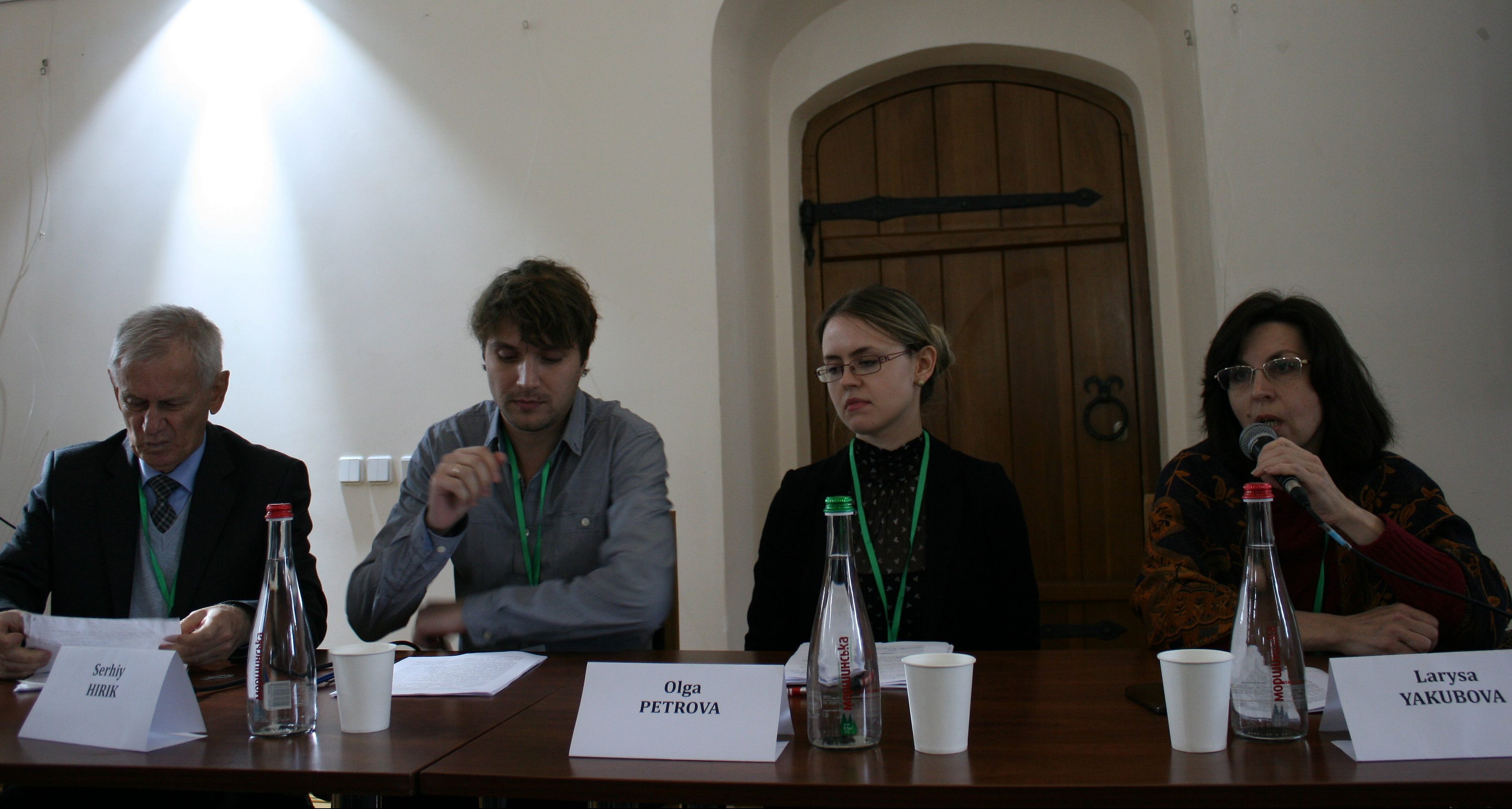 A panel at the “Ukrainian Jews: Revolution and Post-Revolutionary Modernization” conference, held in Kyiv, Ukraine, on Sunday, October 15, 2017. (Vyacheslav Likhachev)

But outside Ukraine, historians do not share this view.
In a phone call, Gennady Estraikh, a professor of Jewish history at New York University, called this universalist approach to pogrom victims historical revisionism.

Estraikh gives for example the town of Berdychiv. In 1919, a military unit was sent from Petliura to fight the Bolsheviks, but staged an anti-Jewish pogrom instead. Later, this unit staged an even bigger pogrom in Zhytomyr, Estraikh said.

“They were killing unarmed civilians, old people, women and children,” he said.

Petliura was found de facto guilty in a French court in the 1920s, after being murdered by a Jewish man whose parents had been murdered in a pogrom.

The assassin, an anarchist named Sholom Schwartzbard, was reported in French newspapers at the time as bragging about the murder during his trial.

As recorded on time, Schwartzbard told the court: “When I saw him fall, I knew he had been shot five times. Then I emptied my revolver. The crowd had dispersed. A policeman quietly approached and said, ‘Is that enough?’ I replied: ‘Yes.’ He said, “Then give me your gun. I gave him the gun saying, “I killed a great assassin.”

“When the policeman told me that Petliura was dead, I couldn’t hide my joy. I jumped forward and threw my arms around his neck,” Schwartzbard said. 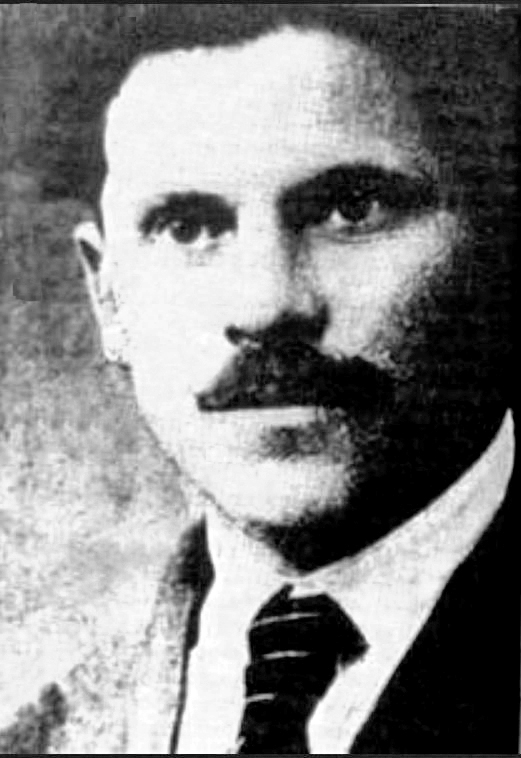 When asked if non-Jews were also victims of Ukrainian pogroms, Estraikh said the Ukrainian historian should present some statistics to back up his point.

“It’s not about a critical approach to history. It is an attitude of apology. They don’t separate politics from history,” Estraikh said.

According to Estraikh, the Bolshevik Red Army was the only force that fought pogroms during the Russian Civil War and on some occasions executed those who organized the pogroms.

“That’s why the Jews started supporting the Red Army,” he said.

In New York, a conference organized by the YIVO Institute for Jewish Research will focus on Jewish participation in the Communist Party and Stalin’s government. 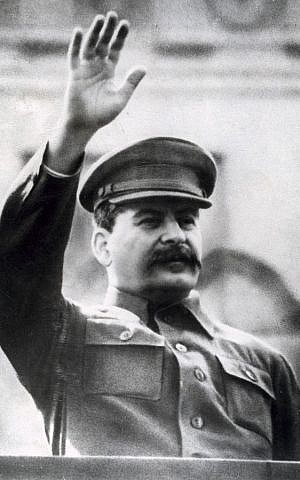 Joseph Stalin in July 1941, a year after ordering the assassination of Leon Trotsky. (Public domain)

The lecture, titled “Jews in and after the Russian Revolution of 1917,” will include presentations on such controversial topics as Jews in Stalin’s secret police and Jewish communist spies in America during the Cold War. The conference will take place on November 5 and 6.

Jonathan Brent, the executive director of the YIVO Institute, says it’s important to discuss these topics even if they make people uncomfortable.

“A lot of people don’t realize there were Jews in Stalin’s secret police,” Brent said. “It’s something that really needs to be talked about. Some of these people had fathers who were rabbis in the shtetls.

“Everybody [in Stalin’s Russia] was a victim and an aggressor,” he said. “It’s a difficult thing for Jews to understand. They can’t stand the idea of ​​being more than innocent victims. 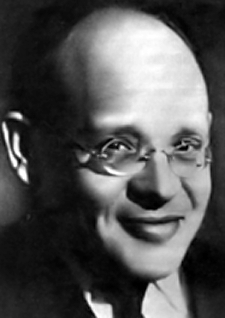 In America during the Cold War, there were so many Jewish members in the Communist Party that it was difficult to find someone to serve as party leader who was not Jewish, Brent says. He also says that the entire underground spy network in the United States “was heavily Jewish.”

When asked if talking about this could provoke an anti-Semitic reaction, Brent replied, “I don’t care. Anti-Semites are everywhere. Let them go out and talk as they please. I am interested in the truth.

The Jewish Museum and Tolerance Center in Moscow is planning exhibitions and special events to mark the 100th anniversary of the revolution.

The exhibition “Freedom for all? The History of a People in the Years of the Revolution,” which opened on October 17, features documents from Jewish political parties during the time of the revolution and the writings of Jewish revolutionaries and artists such as Leon Trotsky, Yuliy Martov, Marc Chagall and Vera Inber.

There is also an exhibition of works by Jewish artists from the revolutionary era, a series of lectures and even a festive concert with Jewish revolutionary songs and poems performed in Yiddish.

“The anniversary of the revolution is an excuse to talk about what we have never talked about before. November 7 has always been a big holiday in the USSR, but the Jewish aspects were never discussed,” said Boruch Gorin, chairman of the museum’s board. “Now, using new facts and new research, we can talk about it for the first time.”