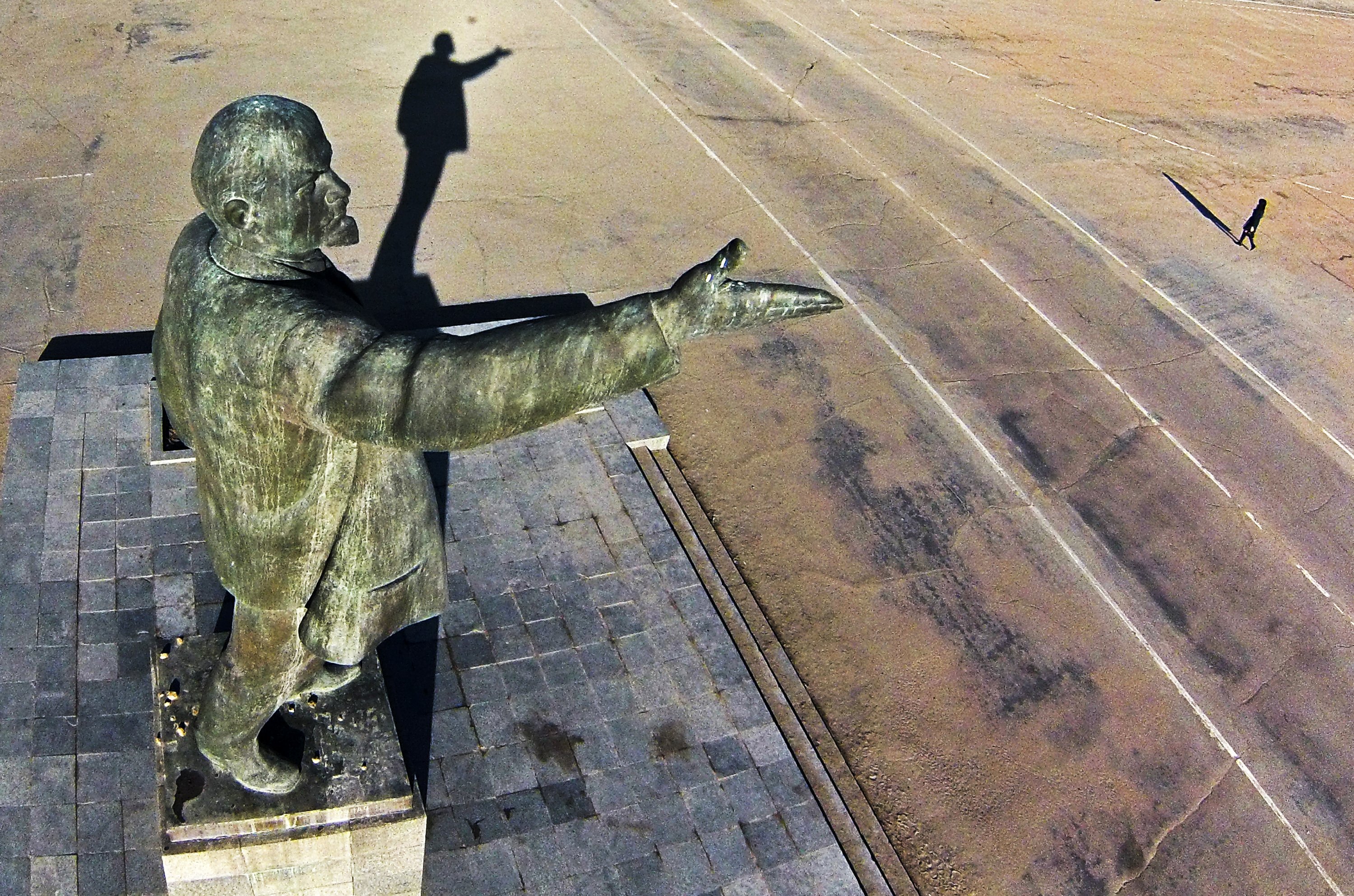 100 years after the Russian Revolution, statues of Lenin abound

MOSCOW (AP) — His party’s power is long gone, its ideas mostly discredited — but the face of Vladimir Lenin remains a fixture in much of the former Soviet Union.

The thousands of statues of him spread across the vast region recall the resounding line of devotion of the poet Vladimir Mayakovsky: “Lenin lived, Lenin lives, Lenin will live”.

The past applies to many statues. They were demolished and pulverized by angry mobs, as happened in Kyiv during the 2013-2014 wave of protests, or methodically dismantled by local authorities.

Some of the carefully dismantled statues of Lenin have been moved from public squares and important points to quiet, secluded parks. There, Lenin looks less like a fiery leader than a grumpy pensioner, his arm outstretched as if trying to recall a bus speeding past him.

But in other places, this arm is clearly calling on the masses to rise up and move forward.

This effect is particularly dramatic in the statue that dominates St. Petersburg’s Finnish Station Square – a site historically known as the place where Lenin returned to his native land on a sealed train after years of exile. a few months before the Russian Revolution of 1917. .

Viewed as a whole, the statues are monotonous – Lenin is always portrayed as stern – but there are individual nuances. In some, he holds a lapel in a gesture of self-confidence. In others, like the one in the center of Moscow’s noisy and crowded Kaluzhskaya Square, he has one hand in his pocket, nonchalantly surveying the scene with the air of a boulevardier.

Of all the statues, the one that can distill Lenin’s worship into its purest form is the seven-meter (25-foot) tall head that dominates the central square of Ulan-Ude, a city 100 kilometers (about 60 miles ) At the South-East. of Lake Baikal in southeastern Russia.

The square has been redesigned especially to accommodate the giant head. Removing it would leave the place looking sterile and useless. There, at least, it is probable that Lenin will live.