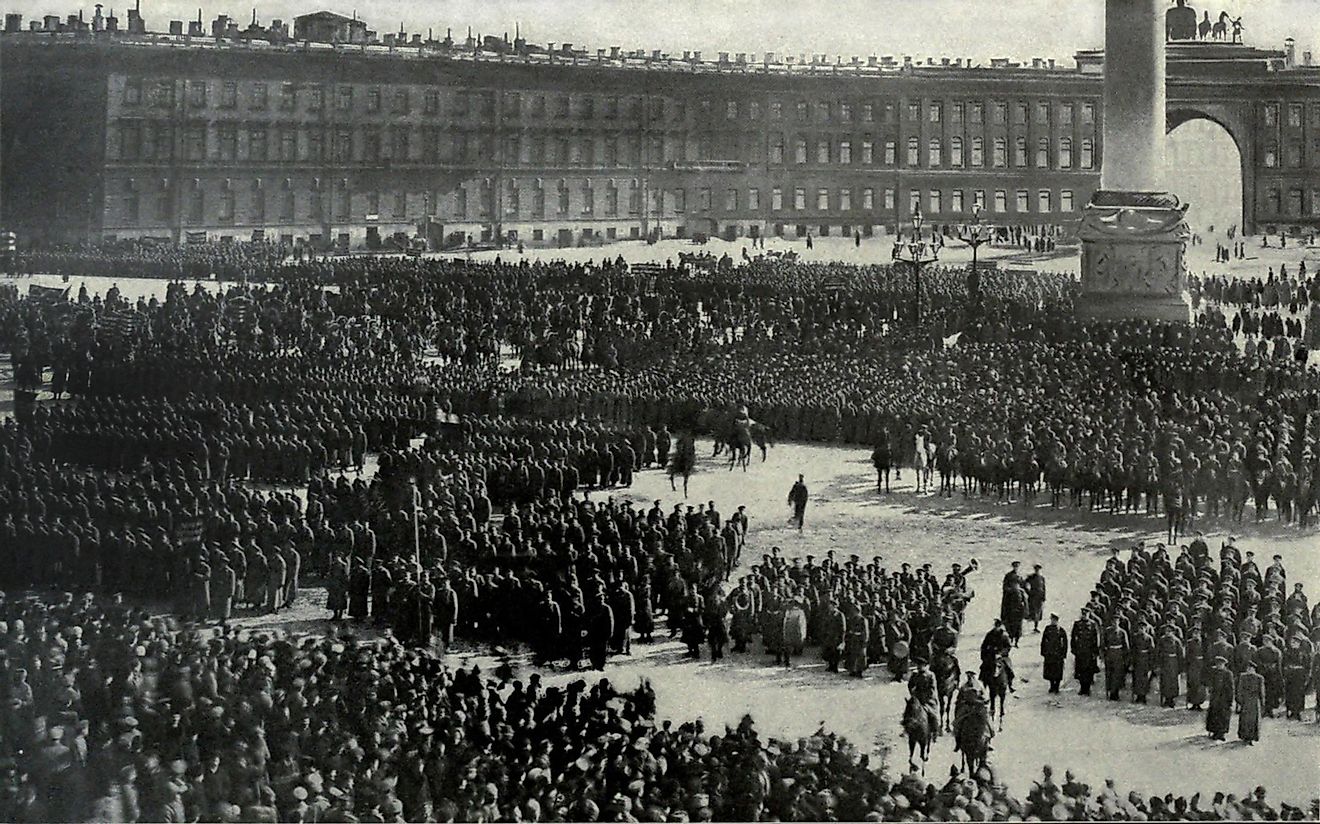 10 important facts about the Russian revolution

The Russian Revolution of 1917 was a social uprising that unfolded in two phases, the first in February and the other in October. The day after the Revolution was the bloody Russian Civil War with an estimated death toll of between 5 and 12 million people.

The working class and its importance

A special kind of political and social atmosphere preceded the events of the Russian Revolution. Workers in industry have become political figures to consider because their living conditions have changed due to the rapid industrial revolution. They were underpaid and worked too long. If you combine this with the poor peasant, underproductive part of the population, the uprising was imminent.

An event that happened before the Russian Revolution called Bloody Sunday took place in St. Petersburg. On January 22, 1905, the population organized mass demonstrations against Tsar Nicolas II. They were shot down by the Imperial Guard, leaving nearly 1,000 dead or wounded. This prompted various strike movements later and is considered a crucial event leading up to the revolution.

Tsar Nicholas II tried to calm things down by reorganizing the State Duma, the Russian parliament, so that they participated in the autocratic power of the Tsar. However, when the two dumas did not play as he wanted, he fired them from the government. This movement was considered anti-democratic, and it charged revolutionary ideas even more.

With the onset of World War I, even more problems in the Russian socio-economic structure became visible. The country has been hit with colossal inflation because the government has invested so much money in military spending. Russia was in dire straits during World War I, with large numbers of people losing their lives in combat and the food shortage affecting virtually everyone in Russia.

Petrograd and the February revolution

The revolution finally began in February 1917. Large-scale protests began in Petrograd (St. Petersburg), where industrial workers showed their disappointment with the government and regime of Tsar Nicholas II. By the end of February, virtually all industries in Petrograd were closed.

When Nicholas II abdicated on March 3, 1917, the State Duma created a temporary government and handed over the leadership to Prince Georgy Lvov. At the same time, the people created their own representative political body, uniting industrial workers and soldiers of World War I.

The second part of the Russian Revolution was organized around Vladimir Lenin and his approach to Marxism. In October, the Bolsheviks under Lenin seized power.

After Lenin established his regime, the civil war began soon after. The two opposing camps were those who fought for Lenin, the Bolsheviks, called the Red Army. The anti-Bolshevik group was called the White Army.

Millions died during the civil war

Already catastrophically affected by the events of World War I, Russia was in a state of utter chaos during the Civil War. It is estimated that as many as 5 million people lost their lives from 1917 to 1922 in the bloody war.

Lenin ruled the now communist state of the Soviet Union until his death in 1924. After his death the two most important potential successors were Leon Trotsky and Josef Stalin. A power struggle ensued until Trotsky was forced to leave the country in 1929. This paved the way for Stalin to come to power and begin his dictatorship which would last until his death in 1953.